China has a major economic problem. It is not the greatly reduced economic growth or the enormous real estate bubble or the prodigious state-owned enterprises that you've heard about. Yes, these are certainly major economic troubles, but there is another problem overlooked in too much of the commentary on China's economy: the vast and rapidly rising inequality among China's regions, people and classes.

Inequality between the coastal regions and the interior, between ethnic Han Chinese and minorities, between urban and rural residents, and between the one per cent and everyone else paints a troubling portrait for both the economy and Chinese society in general.

For the first time in twelve years, China released its official Gini coefficient earlier this year. The Gini is a measure of inequality in a society: a country with a Gini of zero would be perfectly equal (everyone would be equally wealthy) and a country with a Gini of 1 would be perfectly unequal (one person would have all the money). China, by its own estimates, scored a 0.49, thereby placing its distribution of wealth between that of Nigeria and the United States. However, this was widely considered unreliable as private studies of China's inequality put the figure at over 0.60, making China one of the most unequal societies on earth. (To put this in context, Canada's Gini coefficient is 0.43).

When then-Premier Wen Jiabao decried his country's economy as "unstable, unbalanced, uncoordinated, and unsustainable" in 2007, he was partly referring to growing inequality, which Party officials noted was having a detrimental effect on social inclusion.

There are actually four separate inequality issues China faces. The first is the wealth gap between the coast and the interior. On average, those living along China's coast can expect to have a disposable income of anywhere from 40 to 100 per cent more than their compatriots in the western region, despite the large state subsidies the latter receive. This is precisely why poverty along the coast has been cut by 16 per cent over the past three decades while poverty reduction in the interior has been half that.

The second inequality issue is the gap between rural and urban inhabitants: in 2011, urban Chinese were earning over three times rural inhabitants. In a country where only 51 per cent of the population lives in cities, this wealth gap is likely to increase further.

Then there is the inequality between the predominant Han Chinese and the ethnic minorities across China. Minorities, especially in Tibet, Xinjiang, and Inner Mongolia, face routine discrimination when it comes to income and employment. In southern Xinjiang, where the population is 95 per cent non-Han, the average per capita income is half the provincial average. Similar patterns exist in Tibet and Inner Mongolia. Such ethnic tensions perturbed Wen Jiabao enough for the lame-duck Premier to caution against rising inequality during his final days in office.

Finally, there is the general income inequality between the top and the bottom. China's 1 per cent control 70 per cent of private wealth in the country, according to the Boston Consulting Group. The ruling Chinese Communist Party is itself made up of one per centers: Wen Jiabao's family accumulated a $2.7-billion net worth during Premier Wen's term. The family of current Chinese president Xi Jinping is reportedly worth $376-million. Bo Xilai, the former Communist Party boss in Chongqing, was worth over $100-million. How these public officials and the 83 billionaires in China's parliament amassed such wealth on a $14,000 annual salary is up for dispute.

At the very top, China's inequality problem has become a corruption problem endemic to the Communist Party. The mechanisms used to enforce internal piety are obscure, but the current Chinese government has begun a public crackdown on opulence in its ranks.

Like metastasizing cancer cells, such widespread inequality can have a fatal effect on both a society and an economy. That social tensions increase as inequality rises is a staple rule of social development. From Occupy Wall Street in the United States, to protests in Europe, to mass mobilization in the Middle East, nothing binds citizens together against their government – or against one other – like growing income disparity. Even the World Bank has warned about the nefarious social tensions that can be caused by large gaps in wealth. For a Chinese government committed to stability and a "Harmonious Society," to use the term coined by the last Chinese president, this should be an alarming trend.

If rising social tensions aren't enough, the second consequence such inequality is likely to have is a negative impact on growth itself. While consensus among economists is difficult to find on any issue, numerous studies have pointed to the negative effect increased inequality has on GDP growth. The International Monetary Fund, long the enforcer of capitalist norms, has concluded that inequality can hamper growth. Growth in China is a particularly sensitive topic as the implicit social contract between the Communist Party and the Chinese people over the past three decades has been that the government would provide continual economic progress while the people would acquiesce to the Party's vision and accept its legitimacy.

Inequality in the world's second largest economy could thus be ruinous for the country's future. With decreased growth already expected, the Communist Party will have to double down on balancing out growth and reducing the numerous wealth gaps in order to sustain their economy's future – and their own place in it.

Omer Aziz is an international affairs journalist and analyst based in Toronto and associated with the Woodrow Wilson Center in Washington. He tweets at @omeraziz12. 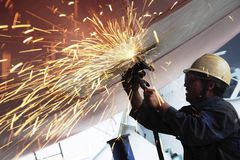 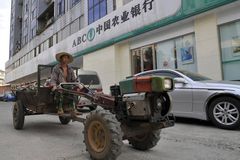 China's credit bubble may take Canadians down with it
Subscriber content
September 11, 2013 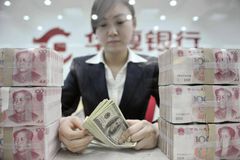