Detroit's bankruptcy was a long time coming, the inevitable consequence of a 60-year slide brought about by myriad factors both within and outside the control of the city's leaders and residents.

Curious onlookers, however, will find no shortage of simplistic accounts for Detroit's fate. H.L. Mencken put it best: "Explanations exist; they have existed for all time; there is always a well-known solution to every human problem – neat, plausible, and wrong."

Unions are a popular boogeyman, as is the 15-year-old repeal of a residency requirement for city employees. Throw a rock through Detroit's suburbs and you'll likely hit someone convinced that former Mayor Coleman Young ruined all that was once fair and righteous in Detroit. It is all bunk.

The truth is no silver bullet felled Detroit. There was no one moment where we zigged when we should've zagged, and certainly there was no single villain who wrecked everything for everyone forever.

Oh, there were mistakes and villains, no doubt about that, but the story of Detroit's decline into bankruptcy is more complex and human than that. What caused this iconic American city to fall so far? Where to start…

That extraordinary growth was a double-edged sword. Detroit was a city without deep roots. It was built largely to accommodate the auto industry and when that industry and its workers began leaving, first to the suburbs, then to the American and global south, large swaths of Detroit no longer had a reason for being.

Even at our pinnacle, in the years following the Second World War, Detroit was more like the world's largest mill town than a city in the classical sense. Jack Kerouac, in the Original Scroll edition of On The Road, wrote that "Detroit is actually one of the worst towns possible in America. It's nothing but miles and miles of factories and the downtown section is no bigger than Troy, N.Y., except that the population is way up in the millions."

Kerouac's miles and miles of factories are mostly shuttered now, the millions of people have left, and our downtown – in the midst of a fledgling but hopeful revival – is indeed small compared to other midwestern cities.

Simply put, there isn't demand for the manpower required to properly replace the hundreds of thousands of industrial jobs that have disappeared from metro Detroit. What can be done about that?

Middle-class flight: Like many cities, Detroit saw its population decline after the Second World War. Suburbanization created a largely black and working class/working poor city surrounded by largely white middle-class suburban counties. The problem was exacerbated by the 1967 riot that fueled a sense of distrust bordering on paranoia, of the city and its inhabitants, among many white metro Detroiters. In 1960, Detroit's population was 70 per cent white. In 1970, 55 per cent. In 1980, 34 per cent. According to the 2010 Census, whites account for just 10.6 per cent of the city's total population.

Bad urban planning: Robert Moses-style urban removal was especially bad in Detroit. Only a few blocks of the Hastings Street immortalized by John Lee Hooker still exist. The main thoroughfare of Detroit's once-thriving Paradise Valley neighborhood, home to the city's black merchant class, was destroyed for freeway construction and "urban renewal" – as were many other neighborhoods. Demolition has been a tough habit for Detroit's development officials to break. Parking lots are still considered symbols of progress by many.

Corruption: The presently incarcerated former mayor Kwame Kilpatrick is often cited as a large cause of Detroit's problems. But corruption didn't start and stop with Mr. Kilpatrick. Coleman Young's police chief William Hart served time for embezzlement: Piles of cash once famously tumbled from his drop ceiling. Other Young aides were convicted for their involvement in a dirty sludge-hauling contract. Mayor Louis Miriani went to the clink for tax evasion in the 1960s. And in the 1930s, then-mayor Richard Reading used his office to protect gambling rackets. "This is the greatest crucifixion since Christ," Mr. Reading shouted during his trial. The more things change…

Mismanagement: As bad as Mr. Kilpatrick's government-as-criminal enterprise was, his fiscal mismanagement was worse. Under Kwame Kilpatrick, with approval from state officials, the city began issuing long-term bonds to pay for short-term expenses.

Mr. Kilpatrick is but one symptom of this affliction. Budgets passed under the Dave Bing Administration "deferred" statutory payments to public employee pensions funds with the dubious promise to square up at a later date.

The relationship between the city and surrounding suburbs is testy at best. Animosity runs both ways. The regionalism that has streamlined governmental operations in other metropolises is lacking in Detroit. Metro Detroit has two separate and unco-ordinated bus systems, for example. Plans to transfer city functions – such as managing Belle Isle, the sprawling island park in the Detroit River – to regional authorities or state control are met with hostility from political factions on both sides of the proverbial Eight Mile divide.

Social safety net breakdown: Detroit has become a repository for the people the rest of us would rather ignore.

When the state closed down public mental hospitals in the early 1990s, hundreds of mentally ill people were on their own. Many ended up in Detroit, stretching an already overwhelmed social safety net and leaving the city with panhandlers and vagrants who weren't just down-and-out but also potentially dangerous.

Even worse, the loss of industry coupled with an inadequate education and job-training system created a seemingly permanent underclass of people who can't find much work, can barely make rent with the work they do find, and are unable to contribute to Detroit's tax base.

The result is a city that, even with the most capable management, simply lacks the resources to support itself financially. Meanwhile, middle-class and affluent Michiganders look down upon the state's largest city with a combination of scorn and Calvinist scolding about how "those people" have destroyed this once great city.

Perhaps nothing is more to blame for Detroit's decline than tidily crafted "neat, plausible, and wrong" explanations for the city's problems. Life, especially in Detroit, is more complicated than that.

Jeff Wattrick writes and blogs for Deadline Detroit. He is on Twitter at @Woodwardsfriend. 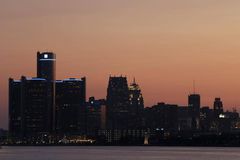 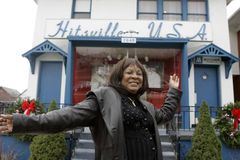 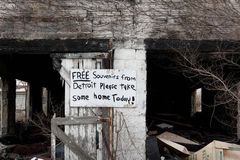