Only urgent outside intervention from France, the former colonial power, or from the African Union and a broad-based coalition of African military forces, can save the Central African Republic (CAR) from itself. What is left of one of Africa's poorest and most desperate countries will soon vanish unless French legions, African troops, or United Nations peace enforcers forcibly replace the Seleka (Alliance) rebel insurgents who today pretend to govern the Central African Republic and steal its diamonds and gold.

Central African Republic Prime Minister Nicolas Tiangaye told the UN General Assembly last week that the humanitarian situation in his country was "catastrophic." He pleaded with the UN "not to abandon us." U.S. Ambassador to the UN Samantha Power called what was happening in the CAR "the worst crisis most people have never heard of." She called the degree of suffering in the CAR "anguishing." Atrocities perpetrated by Seleka soldiers against their innocent countrymen, including children, were "alarming." Both Tiangaye and Power worried that if the CAR collapsed, "new criminal and terrorist networks" could establish themselves in the CAR and destabilize the critical region that stretches across the CAR and its neighbours – the Sudan, Chad, the Congo (Kinshasa), and Cameroon.

Located as its name suggests in the very heart of Africa, the CAR has long been badly governed, first by the French, then by a succession of autocrats (and one self-proclaimed emperor). The Seleka insurgents marched south across the country in late 2012, finally ousting President Francois Bozize and his regime in March 2013. In August, remnants of the old CAR army loyal to Bozize (now in Paris) began fighting back against Seleka militants, many of whom seem no longer under the control of self-installed President Michel Djotodia.

The CAR has about 4.6 million people, nearly 1.6 million of whom have been driven out of their homes. It is estimated that nearly 700,000 children cannot go to school and almost 500,000 persons suffer from severe food insecurity. HIV-AIDS is rampant and in the current chaos death may come to those who cannot access their accustomed clinics and antiretroviral medicines.

A recent Human Rights Watch report detailed the "deliberate" killing of civilians and the wanton destruction of numerous villages by Seleka functionaries. It says that Seleka attacks have been "extraordinarily vicious," even by local standards, and describes the "complete disregard" by Seleka rebels of the rule law and human rights. The government, says HRW, has failed to follow through on its public commitment to "bring to justice" those responsible.

Last week there was fighting in and around Bossembele and Bossangoa, respectively 150 km and 300 km north of Bangui, the capital, where hostilities and brutalizations of civilians have also been common. In Paoua, beyond Bossangoa and closer to Chad, the town emptied after the rumour of fresh battles. Arbitrary arrests by militants from all sides are frequent, as are kidnappings for ransom, widespread extortion, and rape.

Originally, the Seleka rebels sought control over the CAR's diamonds and its other mineral riches. But, out of control as they are, plundering is the pursuit both of what is left of the old army as well as the new.

The CAR today is a "non-state," hence the comparison to Somalia. Its fiscal coffers are empty. Public employees are being paid with monies borrowed from the Congo (Brazzaville). Teachers are on strike for pay and arrears. Chadian and Cameroonian mercenaries, who aided the Seleka takeover of the CAR, seek the loot that they were promised (and now and then take matters into their own hands).

As a country that never was very robust has now mostly fallen apart and become a truly failed state, public services no longer exist, the formal economy has collapsed, child soldiers or child mercenaries are common, aid workers are threatened, and hardly anyone seems to care. Even internal Muslim-Christian relations, never worrisome, have become tense and dangerous.

Ambassador Power told the UN that President Djotodia's regime had agreed to an eighteen-month road map to restore governance in the CAR. She also called for an African Union peacekeeping force to make the CAR safe. But none of these actions can happen quickly enough to save the people of the CAR from more "ghastly" misery. Nor can the existing 450 French soldiers who have long been observing in the CAR, the civilian operatives of the UN Integrated Office for the Consolidation of Peace in the Central African Republic (BINUCA) who have been in country since 2010, and the handful of peacekeepers from the Economic Community of Central African States (ECCAS) who have been in Bangui since 2008.

Once again, France is needed to ride to the rescue in an ex-colony in Africa. Nothing other than the Foreign Legion and some tough paratroopers are going to be able to stanch the bloodshed in the CAR and keep all sides from killing each other and civilians. It will take too long to arrange a credible African Union or UN intervention force, and Europe and the US will have to pay anyway.

Responsibility to Protect will have little meaning if France saves Mali but not the beleaguered CAR.

Robert I. Rotberg is Fulbright Research Professor at the Norman Paterson School, Carleton University and Senior Fellow at the Centre for International Governance Innovation in Waterloo .

Opinion
In Kenya, the fear of terrorism was a constant companion
September 24, 2013 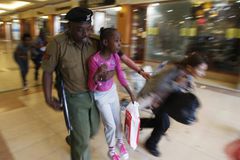 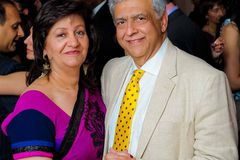