NATO, already an alliance struggling to re-invent itself, is confronted with a new post-Crimean reality. The giddy expansionism that added more than a dozen new members – some small, others weak, a couple unstable and several vulnerable – has imposed major obligations.

Until the Crimean crisis, the mutual defence pact that binds Canadians and Americans and Germans to defend Croatians and Romanians and Estonians had been confined mostly to think tanks and war gamers at defence colleges.

The Supreme Allied commander in Europe, U.S. Gen. Philip Breedlove, is musing these days about basing troops close to the Russian frontier, a throwback to the Cold War when forward basing was – in part – intended to make sure all the allies suffered casualties early in any conflict and thus guarantee alliance cohesion.

Until the 1970s, pairs of Canadian Starfighter warplanes, armed with nuclear bombs, were at 15-minute readiness, part of NATO's Quick Reaction strike force to obliterate Russian tank columns in the Fulda Gap before they could reach the Rhine.

That was then, when the stark reality of NATO's mutual defence pact meant Canadians and Americans were pledged to fight and die – in the nuclear-Armageddon of mutually assured destruction if necessary – to keep Moscow out of Western Europe.

"We are sending out a very clear message," said Canada's Defence Minister Rob Nicholson at a ceremony sending the CF-18s off to deliver "a message to Russia" as well as "reassuring our allies."

It may be too early to measure just how reassured Romanians feel knowing that Canada's aging CF-18s are circling overhead. But the message to Moscow is unambiguously clear, and it was already delivered by U.S. President Barack Obama.

"Ukraine is not a member of NATO," the President said. So NATO's mutual defence obligations don't apply. The United States and the other 27 NATO nations don't have to treat an attack on Ukraine as an attack on all of them. Just in case Kiev was in any doubt. Mr. Obama added: "We are not going to be getting into a military excursion in Ukraine."

The President's grasp of 21st-century realpolitik was unmistakable. "This is not another Cold War that we're entering into … nor will Russia be dislodged from Crimea or deterred from further escalation by military force."

In other words, Crimea was lost, back in Moscow's grip, and the world's most powerful military alliance wasn't about to risk war over a peninsula in the Black Sea.

Kiev's tenuous hold on Crimea and NATO's lack of obligation to Ukraine were skillfully exploited by Russian President Vladimir Putin.

But even as the crisis continues with pro-Russia separatists threatening to split away chunks of eastern Ukraine and Kiev's military impotence leaving it increasingly vulnerable to a carve-up, NATO faces an almost existential crisis.

Article 5 of the NATO treaty doesn't quite require that all members go to war if any one of the 28 is attacked. But it's close and says, in part, "an armed attack against one or more of them in Europe or North America shall be considered an attack against them all and consequently they agree that, if such an armed attack occurs, each of them …. will assist … taking forthwith … such action … including the use of armed force to restore and maintain the security of the North Atlantic area."

Only once – after the al-Qaeda jihadists turned four jetliners into human-guided missiles to destroy New York's twin towers and set the Pentagon ablaze – has Article 5 been invoked. Most of the allies offered the U.S. various forms of assistance but that didn't test the fundamental nature of the alliance.

Now Gen. Breedlove says it's time for the alliance's leaders to consider basing troops in Eastern Europe. "This is something that we have to consider, and we will tee this up for discussion through the leaderships of our nations and see where that lands," he said in Ottawa last week. The subject will be on the summit agenda when President Obama, Prime Minister Stephen Harper and other NATO leaders meet in Cardiff, in Wales, in September.

The notion that Canadian (or U.S., German or British) troops would be permanently based in the Baltics or Balkans or Slovakia or Romania to reassure those allies that Article 5 remains reliable will require some soul-searching among Western publics. Mr. Obama has already signalled a U.S. pivot to the Pacific and there's a long-standing view in the United States that Europe has been free-riding on U.S. military spending for its security for too long.

Mr. Obama said as much even as he made clear that there would be no military confrontation over Crimea. "If we've got collective defence, it means that everybody's got to chip in," the President said. "The situation in Ukraine reminds us that our freedom isn't free."

With defence spending being slashed in most European NATO allies – and even more draconian cuts in military spending by the Harper government – Ottawa's reassuring rhetoric about showing NATO's resolve to vulnerable allies doesn't match the fiscal reality.

Canada pulled the last of German-based ground forces and fighter bombers out of Europe decades ago. Canadian warplanes have twice previously been back with NATO, bombing Serbs to save Kosovo's Albanians in 1999 and helping rebels to topple Libya's ruthless Col. Moammar Gadhafi in 2010.

Should NATO leaders decide to seriously bolster forward defences in eastern Europe, it will require significant increases in military spending.

For the Harper government, which shelved plans to buy scores of sophisticated deep-strike F-35 warplanes because of soaring costs and a lack of obvious targets, a new-found commitment to defending Europe might justify a rethink. 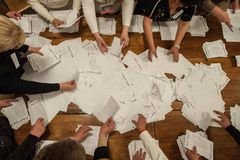 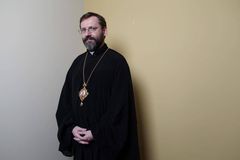