After the anthems still and the athletes go home, will the enduring picture of the Sochi Olympics be that of Putin and the snow leopard as the precursor to a new Cold War?

That was the warning of Ukraine's Greek Catholic Patriarch Sviatoslav Shevchuk who last week called on the West to adopt a "proactive policy" in the face of Russian aggression. Humanity, he declared, "may well be on the verge of a new Cold War."

Russian Foreign Minister Sergei Lavrov responded by accusing the West of trying to build "spheres of influence" in Eastern Europe. "Attempts to isolate our country," argued Lavrov, "inevitably set in motion processes that led to the catastrophes of the world wars."

Putin's 104-point foreign policy doctrine, write authors Ferry de Kerckhove and George Petrolekas, is a "declaration of difference" bent on establishing Russia as one of the "influential and competitive poles of the modern world." This explains Russian behaviour towards its neighbours: armed intervention in Georgia, cyber-attack on Romania and now interference in the Ukraine.

The West's relations with Russia have been on a roller-coaster since the end of the Soviet Union. The West needs to develop a partnership with Russia, recognizing it has limits, argues Angela Stent in her excellent new book.

Stent says that Putin is determined to make Russia the leader of a new conservative international system with Russia upholding traditional family and Christian values and respecting states; sovereignty. In Putin's view, it is the West that is the disruptive force, imposing on others its system and ways.

After Putin granted asylum last year to Edward Snowden, President Obama cancelled their proposed summit. An aggravated Obama broke his customary cool, saying that Putin's "got that kind of slouch, looking like the bored kid in the back of the classroom." But he continued, "when we have conversations, they're candid, they're blunt, oftentimes they're constructive."

Constructive must be our watchword.

The West, including Canada, has to invest time and effort in Russia. Russia matters because of its strategic location, its nuclear arsenal and its ability to support – or thwart – the West in the United Nations and other forum.

We co-operate on counter-terrorism. The Russians are party to the discussions on Syria, Iran and North Korea. They have been helpful in Afghanistan, where assistance is even more necessary as we withdraw.

One of the best Canadian observers of the Russian mind was Robert Ford, our 'constant diplomat' in Moscow for 20 years.

Ford noted "the almost psychopathic feeling of inferiority of Russians" and their readiness to hear insults even when none was intended. The Russians, Ford observed, "secretly admire those who stand up to them." Ford would later worry that Canada's diplomatic service put too much weight on management skills rather than expertise in foreign affairs and original thinking.

After Ambassador Ford's retirement, then U.S. Secretary of State George Shultz brought him to Washington for advice.

Prime Minister Harper would profit from reading Ford on both Russia and diplomacy.

Blunt talk and action can be useful tactics as long as they fit into a strategy of constructive engagement with Russia. In addition to the multilateral agenda, we share the same challenges in our North and in stewardship of the Arctic.

Now the Dean of Ottawa's diplomatic corps after a decade in Canada, Mamedov is highly experienced: a former deputy foreign minister who negotiated arms control with the United States and helped negotiate the removal of nuclear weapons from the Ukraine. We should be using his knowledge and network.

The West's relationship with Russia has always been complicated but stretching the uneasy partnership to its limits is essential for peace and security. We don't need a new Cold War. 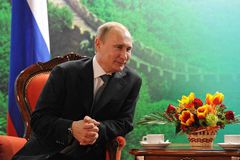 Opinion
Is Canada ready for Russia’s hardball approach to the North Pole?
January 30, 2014 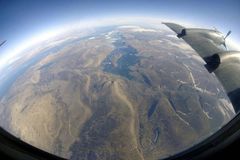