Congress is back to work this week and Canadians have interests in what is coming out of America's legislative 'sausage' factory.

With the mid-terms in November, electoral considerations will be top-of-mind. Public confidence in Congress reached a new low in 2013.

The Republicans remain divided over the debacle of September's government shutdown. The Democrats are hurting from the botched launch of Obamacare. U.S. national politics is like a game of snakes and ladders.

Pundits predict another Republican majority in the House. The Democrats hold 21 of the 35 Senate seats up for election; a turnover of six will give the majority to the GOP.

Of the immediate items touching Canadian interests that Congress will address, the most pressing is the confirmation of U.S. Ambassador-designate Bruce Heyman.

The U.S. Ambassador is our best entree into the Obama administration. Canadian ambassador to Washington Gary Doer and former U.S. ambassador David Jacobson were an especially effective team. They stick-handled problems ranging from ballast in the Great Lakes to the politics of bridges.

Mr. Heyman sailed through his committee hearing in December. Responding to questions from Senate Foreign Relations chair Robert Menendez, Mr. Heyman promised to make intellectual property, always an American 'ask', a priority. The U.S. Trade Representative (USTR) has begun its 2014 'Special 301' review process identifying international scofflaws on intellectual property. The U.S. considers Canada a repeat offender – although improving. Last year, we graduated from the 'Priority Watch List' to the 'Watch List' in recognition of "significant progress on copyright issues." But the U.S. wants Canada to do more.

Canadian efforts continue to have Congress kill the country-of-origin labelling for meat products, which has effectively curbed our beef and pork exports to the United States. Federal and provincial legislators must keep the pressure on their congressional counterparts. We have American allies on this file, including packing houses and grocers. The U.S. Circuit Court of Appeals will hear arguments this week from U.S. meat packers to rescind the U.S. Agriculture Department rule. We have also appealed to the World Trade Organization – but that process will take years.

The labelling saga reminds Canadian business that in pursuing our interests we need to play the game by U.S. rules: identify allies, hire lawyers and lobbyists, and work the system both in Washington and at the state and regional level.

It is also a reminder that as supply chains become continental we need to make common cause with Mexico, our other NAFTA partner.

This also applies to the coming congressional debate around Trade Promotion Authority (TPA), where Canada and Mexico share vital interests in its passage.

TPA will restore to the President the power to submit trade deals to Congress for an up-or-down vote without amendment. Presidents have used TPA to negotiate trade agreements, like the Canada-U.S. FTA and NAFTA.

Without TPA, President Barack Obama won't get a trade deal on services (TISA) or those with Europe (TTIP) and the Trans-Pacific Partnership (TPP).

For too long, the U.S. debate on trade has been left to its opponents, notably the Citizens Trade Campaign that is backed by unions and environmentalists.

The Trade Benefits America Coalition – a coalition of business led by the Business Roundtable – has finally begun lobbying Congress on the TPP and other trade deals, arguing that 38 million American jobs depend on trade.

The targets for both campaigns are mostly within President Obama's own party.

In November, 151 members of the House Democratic caucus sent a letter to the President demanding more say in trade negotiations. Twenty-three House 'Tea Party' Republicans sent a similar letter, arguing that TPA is an unconstitutional usurpation of congressional powers.

Former president Bill Clinton only achieved passage of the NAFTA in 1993 with GOP support. A majority of Democrats in both the House and Senate voted against its passage.

With the North American summit scheduled for February in Mexico City, leadership in all three countries needs speak out on NAFTA's achievements and the advantages of continuing continental integration. Only with the active advocacy of all three partners can we advance North American competitiveness.

A member of the teams that negotiated the FTA and NAFTA, Colin Robertson is vice president of the Canadian Defence and Foreign Affairs Institute and a senior advisor to McKenna, Long and Aldridge LLP. 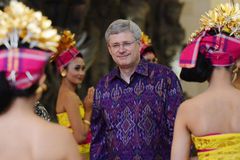 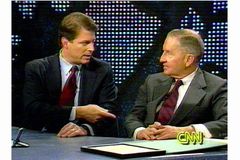 Should Canada join the U.S. and Mexico? On these key projects, yes
Subscriber content
October 2, 2013 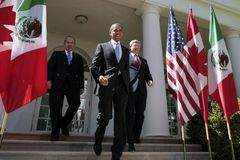