MICHAEL BELL
Special to The Globe and Mail
Published August 29, 2013 Updated May 11, 2018
For Subscribers

Britain is scheduled to submit a resolution to the United Nations Security Council that would authorize military action, under Chapter 7 of the Charter, formally aimed at protecting civilians in Syria, a euphemism for attacks on the military assets of the Assad regime. It is unlikely such a text will pass given an almost certain Russian veto. The United States and its allies are nevertheless virtually sure to act despite this seeming break with international law, as former U.S. president Bill Clinton did respecting Kosovo in 1999.

To do otherwise would have seriously deleterious effects. Failure to take action would be seen by all: The Assad regime, the Syrian opposition, regional jihadists, both U.S. friends and enemies in the region and on a broader scale with Moscow, as a display of American impotence. By backing off now, Washington's global power and influence would be undermined, particularly with President Barack Obama having promised the most serious of consequences when the Syrians used chemical weapons the first time this past March and then offering, what was seen by all, as a very weak response.

Mr. Obama cannot sustain a second failure of nerve, real or perceived. Neither the international community nor his own domestic constituency will accept it, despite war weariness and a suspicion that intervention in the Syrian imbroglio carries the risk of unforeseen consequences possibly drawing the U.S. into another dubious venture in the quicksand of the greater Middle East, as with the tragedies of Iraq and Afghanistan. Nor does the Administration want perceived tolerance of Damascus' actions to erode the universal ban on chemical weapons, in place since the end of the First World War and observed almost without exception since then.

The U.S. is trapped in a conundrum. Despite being loath to engage in another Iraq or Afghanistan, Washington's global credibility and influence are at stake.

Even the most considered options, open to the President, carry risks. Moscow can be expected to do everything in its power to undermine any Western effort, not only using its Security Council veto but deepening its ties with Iran, as well as beefing up its traditional great power confrontation with Washington worldwide. Mr. Putin will not easily abandon his only remaining ally in the Levant.

Rather than discourage Tehran's nuclearization efforts, which by all evidence proceeds apace, a U.S. attack on its ally Syria could reinforce Iranian determination to reinforce the nuclear project. Iranian preoccupation with U.S. intent, paranoid or not, remains a guiding principle.

The demise of Bashar al-Assad could well create a prime operational base for Sunni jihadists, advancing their aim of seizing power in Syria better to enable them to destabilize the region as a whole – their declared objective. Neither Mr. Obama nor British Prime Minister David Cameron, who is particularly robust, believes that tolerable given the chaos created by the Arab uprisings.

The Israelis too are preoccupied with Syria's turmoil, given the instability on their borders and the heightened risk of Zionist-focused terrorism, not only on their own turf but worldwide. They are making a maximal effort to ensure a tough line. The Israeli government is rock solid in its concern that Washington backing down would encourage Tehran to believe American resolve on nuclear issues would prove equally ephemeral.

Multi-fold options are available to the U.S. and its allies. Ground forces could be sent in to take possession of chemical weapons sites and utterly destroy them. But this would lead to a ground war with allies caught between the forces of the regime, the moderate opposition and increasingly powerful jihadists. It will not happen.

A second possibility would be the establishment of no-fly zones, considered in the past, although this would do nothing respecting chemical weapons. It would require ongoing activity in Syrian airspace beyond the limits of such zones and tend to suck the allies into an all-encompassing commitment. Such a prospect seems unlikely.

A fourth alternative, most probable because it is the least risk fraught, is an attack on Syrian strategic facilities such as the Defense Ministry and other military headquarters. Costs would be manageable, targets would be fewer, and aircraft would likely not be required. If they were, bombers with air-launched missiles could be deployed beyond the range of Syrian air defenses. It appears Mr. Assad may consider such a step probable as it is rumored that command and control facilities are being relocated by the regime into urban areas, adjoining schools and hospitals.

An attack on strategic installations can be criticized as ineffective because it would be largely symbolic. While this may not appeal to military planners, the power of imagery should never be discounted. The Middle East is replete with examples. 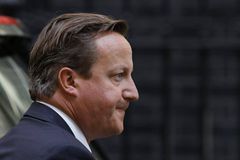