Nine days after the fact, Foreign Minister John Baird has expressed the Government of Canada's concern about the timing and impact of China's declaration of an Air Defence Identification Zone over the East China Sea. Although the Harper government is loath to involve itself in East Asian security matters, China's announcement of the zone on Saturday Nov. 23 left Ottawa with little choice. Still, the timing and nature of Canada's response reveal a poor understanding of the issues involved and the stakes for Canada.

China requires all aircraft entering the zone to register their flight plans with Chinese authorities. The United States, Japan, South Korea and Australia have all issued strongly worded condemnations. Japanese and South Korean concerns relate to overlaps between their air defence zones and the Chinese. Washington and Canberra are also concerned by the implications of China's declaration for freedoms in international airspace worldwide, which is also a Canadian national interest.

Despite Chinese assurances that the zone "does not affect normal international flights," China's air defence zone differs from others in an important way. Most countries do not require aircraft that do not intend to enter national airspace to identify themselves or register their flight plans, a point that was made by U.S. Secretary of State John Kerry almost immediately after China's announcement. Twenty other countries have declared air defence zones including Canada, Australia, Germany, Norway, the UK and many of China's neighbours. China is alone among these in requiring flights that transit their zone to register.

This requirement is consistent with China's views of its jurisdiction over the waters and airspace adjacent to its shores. For example, China is one of a minority of states that require permission for military ships to sail through its territorial sea and that require permission for military activities in its exclusive economic zone. It stands to reason that Beijing now expects the same over international airspace adjacent to China.

By contrast, American and Canadian laws require civilian aircraft to lodge flight plans if they intend to enter the North America ADIZ, but these rules are not applied to aircraft that do not intend to enter American or Canadian airspace. Russian military aircraft, for instance, routinely enter the North American zone without notification and they are intercepted by fighter jets and escorted until they leave. Most states are loath to subject their military assets to any foreign authority when operating in the global commons.

Canada needs to protest China's declaration because air defence zones are not covered by any international treaty; the rules are still being made and are unclear. Canada's concerns on this matter are global rather than regional. For instance, a reading of both Canada's Aviation Regulations and the FAA Flight Manual suggests that all aircraft that seek to fly through the North American air defence zone, regardless of their final destination or status as military or civilian, need to lodge a flight plan. This language is similar to the Chinese declaration. In practice however, the United States does not apply these rules to civilian or military aircraft in transit.

Canada's statement confuses Canada's priorities on the issue, which are global rather than regional. Canada has been silent on Chinese behaviour at sea other than to call for respect for the freedom of navigation and a peaceful resolution to the disputes. This is likely because the Harper government has only recently repaired ties with China and seeks deeper trade relations.

However, other potential trade partners in the region – including those with which Canada has a military relationship including Japan, South Korea and Australia – feel threatened by Chinese behavior and expect diplomatic support from Canada. Although it is certainly preferable to avoid entanglement in Asia's complex and volatile security environment, the Chinese air defence zone is more than a regional issue. East Asian security challenges, including those over maritime space, have global implications.

There is nothing in the International Convention on Civil Aviation that allows states to limit military access to international airspace provided military aircraft exercise due regard for civilian aircraft. The UN Convention on the Law of the Sea ensures freedom of overflight beyond the 12 nautical mile limit of the territorial sea. To require aircraft that fly through an air defence zone to notify without the intention of entering national airspace is an infringement on the freedoms of overflight that are instrumental to Canadian national interests.

Because there is no established international law governing these zones, the rules of the game are made by state practice and government statements. Canada's statement on the issue needs to address the global context in which the declaration occurred. Moreover, Canadian politicians need to begin to think about how they will react when China tries to modify the rules of global affairs, as this is surely not the last time such an issue will arise.

James Manicom is a Research Fellow at the Centre for International Governance Innovation and the author of Bridging Troubled Waters: China, Japan and Maritime Order in the East China Sea.

Opinion
Fear the military with a timetable of its own
November 30, 2013 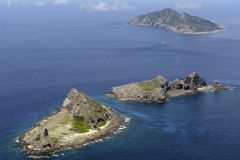 How China-Japan showdown became a (cold) war in the sky
Subscriber content
November 27, 2013 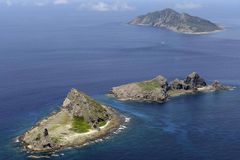 How China and Japan turned a sea dispute into an economic mess
Subscriber content
November 4, 2013 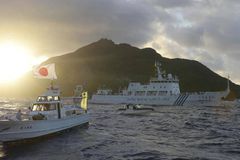