Is this one of those geological moments, a time when deep interior shifts rumble to the surface, shaking the foundations, altering the landscape, adjusting expectations? Will the very figures "2014" carry the powerful resonance of the digits "1945," when Great Britain's power began to wane, or "1989," when the Iron Curtain cracked?

Those answers seldom come immediately and often are discernible only a generation later, but three tremors rumbled across the United States in recent days. Together they have the power to change Americans' views of themselves and may reflect deeper changes already under way.

All these things have been in train for a long time, and while they were shocking, they were not really surprising. The crisis of the American middle class has been yeast for the American conversation mill for at least a decade, the war-weariness of the American people after a dozen years of conflict is well known, and the rise of China's economy has been the weary but hardy perennial of magazine covers for years.

Still, separately any one of those events would have been notable and the confluence of all three could constitute more than a trend – perhaps even a fundamental shift. They get to the heart of Americans' self image and of the society they inherited and, to some extent, built. They undermine the pride Americans have in their national myth, which is a combination of social opportunity, global indispensability and economic power. They render parts if not all of the American national narrative passé if not downright dishonest. They may help transform a nation marked by optimism into one characterized by pessimism.

Or they may not.

The predictions of the United States' irreversible decline are as much a part of the American conversation as the conviction that next year will be the time Maple Leafs emerge as champions is a part of the Ontario conversation. It always seems that way, and it hardly ever works out that way. Still, both will happen some day. It just might not be next year.

America's declinism – this phenomenon is so prominent and so persistent that it actually has a name, albeit not a very congenial one – is one of America's pastimes, along with baseball and virtual disregard of Canada and, for that matter, any other country except Great Britain in jubilee years.

It flared when Nikita Khrushchev seemed to have found the soft underbelly of John F. Kennedy during their 1961 Vienna summit, and as Soviet influence spread through Asia and Africa in the decade that followed, and after the United States was forced to flee Saigon in desperate helicopter flights in 1975, and again as Japan's rise seemed to threaten America's economic hegemony, and again as radicals seized American hostages in Teheran, and again as al-Qaeda mounted terrifying attacks against symbols of American military and economic power in 2001.

The latest issue of the Washington Monthly, a sprightly journal that prides itself on being at the very frontier of progressive thought, carries a book review that opens with this passage:

"For as long as the United States has dominated the world as its economic, military, and cultural hegemony, fears of American decline have been as much a part of our national psyche as pride of place in our power–this even as our strongest challengers have failed to topple us." The review treats with a new book by Joel Kurtzman called Unleashing the Second American Century that carries a subtitle promising to explore four "forces for economic dominance." Mr. Kurtzman, a member of the Editorial Board of MIT Sloan Management Review and a former editor in chief of the Harvard Business Review, is not easily dismissed.

But the very term "American Century," coined by TIME magazine publisher Henry Luce, now is employed more in irony than in reality, much like the notion, expressed by Sir Wilfrid Laurier, that the 20th century belonged to Canada. 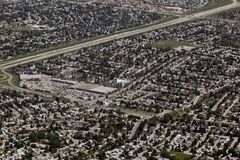 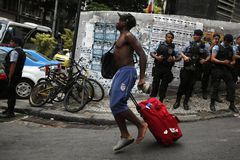