Why on earth have the Syrian rebels been hanging out in Kosovo?

The tiny southeast European ethno-state created in the wake of the Balkan wars is not an obvious destination for the ragtag fighters seeking to oust Syrian dictator Bashar al-Assad: Kosovo is probably the least influential or wealthy country in Europe; in fact, half of Europe doesn't even recognize it as a country.

But there's no question the rebels have been staying in Pristina, Kosovo's capital, and that has led to dark suspicions that the fighters are being trained by veterans of the Kosovo Liberation Army, the ethnic-Albanian force that battled Serbian strongman Slobodan Milosevic and whose former fighters now dominate Kosovo's administration.

While largely ignored in the Western media, this new Kosovo-Syria nexus has been a subject of obsessive interest in Russia and other Slavic-speaking countries. After all, it is, in terms of the Russian view of the world, almost a perfect storm: Syria and Serbia are both stalwart Russian allies, and the resistance to the late Mr. Milosevic's efforts to "Serbianize" the former Yugoslavia and to Mr. Assad's autocratic leadership are both widely seen as Western plots to destabilize Russian interests.

That has led Russian media to produce such headlines as "Syrian opposition studies terror tactics in Kosovo" and "US-backed Syrian rebels now trained by KLA terrorists."

But there does not appear to be any evidence that the Syrian rebels were actually training in Kosovo; rather, their leaders have stayed in a hotel in Pristina, the capital, and held numerous meetings with leaders of Kosovo and former fighters from the KLA. "We don't engage in opening training camps for militants in Syria or anywhere," deputy foreign minister Petrit Selimi told reporter Seyward Darby of the Balkan newsletter Transitions this week; rather, he described Kosovo as "a quiet meeting place away from the spotlight that comes with gathering in larger capitals such as Istanbul or Cairo."

"Russia's accusations aside, an important question remains: Why, exactly, would Kosovo want to play host to the Syrian opposition? According to several sources, the goal of the recent visit was straightforward: to discuss what Syria's movement could learn from Kosovo – that is, from a place that, in the span of only a few years, went from fighting against an oppressive government to spurring a NATO intervention in 1999 to governing itself. And this learning process, it seems, is meant to be ongoing, with Kosovo's door remaining open to the Syrian opposition as it continues its struggle."

What worries most international observers outside Russia, though, is not that Syria's fighters are being trained by the ex-KLA, but that they might be taking political inspiration from Kosovo's creation.

European diplomats say they are worried that the Syrian opposition, who are largely Sunni Muslims opposing Mr. Assad's Shiite-minority regime, will seek a Balkan-style solution to their country's crisis, possibly dividing the country into semi-autonomous ethnic enclaves.

While Kosovo has been a reasonably stable and bloodless place during the past few years, it remains under UN supervision and its creation and oversight have been a nightmare for the UN, the European Union and NATO, all of whom have devoted substantial resources to the tiny, landlocked state.

And while it may inspire other rebel movements, few leaders find much in Kosovo that they'd want to see used as a model. Michael Ignatieff, the political scientist and former Canadian Liberal leader, faced criticism this week for referring to Kosovo in passing as a "corrupt ethnic tyranny," but most observers believe that one or two of those adjectives are accurate.

Diplomats familiar with the situation say their governments want nothing to do with another Balkan-style situation, where large peacekeeping forces find themselves having to take up arms – or become hostages – in order to maintain borders that are recognized by few. 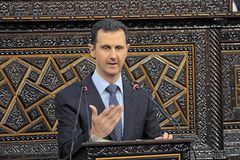 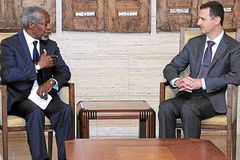