Memory in China is not your own. The official version is the only one allowed in public discussion of events like the Tiananmen Square massacre that occurred 23 years ago today.

Each year, the Communist Party's censors go to remarkable lengths to prevent Chinese citizens from accessing, or spreading, their memories of what happened on June 4, 1989, when an unknown number of people were killed during a military crackdown on pro-democracy protests in the centre of Beijing. Since Sunday night, even simple numbers like 6 (the month of June), 4 (the date) and 89 have been banned search terms on Chinese social-networking sites.

And so all day today users in China got bizarre replies from their search engines. "According to the relevant laws and policies, the results of your search '89' cannot be displayed," was the head-shaker I just read on my own screen. Typing "Tiananmen Square" – in English or Chinese – gets the same answer on the popular Sina Weibo site, which boasts over 300 million users. Pity the poor tourist just trying to find the plaza in the middle of the Chinese capital.

Such farces would only multiply throughout Monday's anniversary. As the day went on, even the stock market news – as well as the online memorial for the Chinese student who was murdered in Montreal – were caught in the censors' ever-widening nets.

Eventually even "jintian" – the Chinese word for "today" – was a banned search term on such social networking sites, as the powers and weaknesses of those who rule China were simultaneously displayed.

(The sina.com and baidu.com search engines allows don't bar the terms, but only return politically approved material, such as a China Daily article headlined "Tiananmen Square massacre a myth.") Chinese Internet users are a wily bunch. Last year, they briefly evaded censors by referring to the date of the crackdown as "May 35th" rather than June 4th, a move that forced the conversation-killers to ban a non-existent date this year.

The censors subsequently decided that even some non-words pose a threat, disabling a function on Sina Weibo that allowed users to post a tiny drawing (or "emoticon") of a candle. Activist Hu Jia was arrested in 2004 after telling reporters he planned to go to Tiananmen Square and light a candle on the 15th anniversary of the crackdown. As of Sunday night, even lighting a virtual candle was impossible.

The absurdity of such measures was made plain in another, completely unrelated corner of the Internet.

All weekend long, tributes piled up on the Weibo page of Lin Jun, the 33-year-old from Hubei province who was brutally murdered and dismembered in Montreal late last month. By Sunday night, there were more than 20,000 comments on Mr. Lin's page. Many users, at a loss for words, had simply posted the candle emoticon in simple tribute.

But today, the censors' new rules had marred even something so moving and apolitical as the public outpouring for Mr. Lin (while letting the anti-gay slurs posted by a hateful minority remain on his site). Where once there had been rows of flickering orange candles on Mr. Lin's Weibo page, there now read the somewhat less moving "[candle][candle][candle][candle][candle]."

As usual, there were those who found ways to get around the censors and let their feelings be known. "Candle. Nothing is forgotten," one Shanghai-based Internet user wrote in English, in defiant reference to the Tiananmen anniversary. A prominent Chinese blogger, @zuola, also posted some previously unseen photographs of soldiers on Tiananmen Square in the immediate aftermath of the Tiananmen Square crackdown.

And some things will always remain beyond the control of even China's hard-working censors.

The weakening outlook for the global economy hit Asian markets hard Monday. The benchmark Shanghai Composite Index was among those that saw losses, falling precisely 64.89 in trading – a random reminder of the very anniversary Beijing was working so hard to help people forget.

"The Shanghai Composite Index is crying, everybody understands it," a netizen from Shanghai wrote shortly after the markets were closed.

Those who saw the data might have recognized the familiar numbers. But they would have had to be quick. Shortly after trading ended, the words "Shanghai Composite Index" temporarily joined China's long list of banned terms. 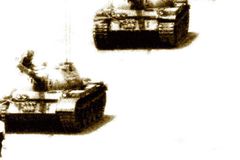 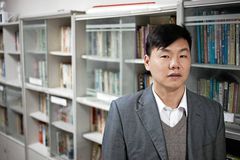 China's Ai Weiwei: 'Why do they still have to spy on me?'
May 28, 2012
Follow Mark MacKinnon on Twitter @markmackinnon
Report an error Editorial code of conduct
Due to technical reasons, we have temporarily removed commenting from our articles. We hope to have this fixed soon. Thank you for your patience. If you are looking to give feedback on our new site, please send it along to feedback@globeandmail.com. If you want to write a letter to the editor, please forward to letters@globeandmail.com.
Comments