A new military coup in Guinea-Bissau, often described as Africa's first narco-state, is the latest sign of the political instability that drug traffickers have fuelled and exploited across West Africa.

Soldiers arrested the president and prime minister of Guinea-Bissau and took them to unknown locations after hours of gunfire and grenade attacks in the capital on Thursday night. The soldiers claimed they were protecting the country from a "foreign military force" – apparently a reference to a small group of Angolan troops in the country.

Coups and assassinations have become common in the former Portuguese colony since 1980. Guinea-Bissau, one of the world's poorest countries, is part of an arc of instability across West Africa that has grown worse because of the rapid growth of a massive new drug route from Latin America to Europe.

Nearly 60 per cent of all the cocaine consumed in Western Europe, with a street value of $18-billion, is believed to be transported through Guinea-Bissau and other West African states – including Mali, where the drug money may have helped rebels seize the northern half of the country this month.

An investigation by the United Nations drug-control agency has estimated that up to 2,200 pounds of cocaine is flown into Guinea-Bissau every night, and more arrives by sea. About 50 drug lords from Colombia are based in Guinea-Bissau, controlling the cocaine trade and bribing the military and politicians to protect it, the UN investigation found.

Across the region, an estimated 50 tons of cocaine is transported through West Africa every year, mostly from Colombia and Venezuela, destined for the lucrative street trade in Europe.

Guinea-Bissau is a natural base for the traffickers because of its instability and corruption, its porous borders, and its many uninhabited islands where planes can land from Latin America. The cocaine is then repackaged to be smuggled northward to Europe, by ship or across the Sahara desert.

Another key drug route is northern Mali, where the smuggling routes are controlled by Islamist radicals with links to al-Qaeda. The Islamists have played a key role in the rebellion that seized control of every city in northern Mali in recent weeks.

The smugglers in Mali transport huge quantities of drugs through the Sahara desert and eventually to Mediterranean ports, where they are shipped to Europe.

The most dramatic sign of the Sahara smuggling route was the discovery of a burned-out wreck of a Boeing 727 jet airplane in a remote corner of northern Mali in 2009.

According to UN officials, the Boeing carried a cargo of cocaine and other illegal goods from Venezuela. Its crew landed it on a makeshift runway in Mali's desert, and then unloaded as much as 10 tonnes of cocaine. After the plane was emptied, the traffickers apparently set it on fire, either because it was damaged or because it wasn't needed any more.

"It is scary that this new example of the links between drugs, crime and terrorism was discovered by chance," UN drug control chief Antonio Maria Costa said in 2009.

Revenue from the drug trade is a key source of money for the Islamists, including the extremist group known as Al Qaeda in the Islamic Maghreb (AQIM), which held captive the Canadian diplomats Robert Fowler and Louis Guay in 2008 and 2009.

This year, AQIM has expanded its influence by gaining a share of power in the northern Mali towns that were captured by a loose alliance of rebel fighters.

A report by the U.S. Department of Homeland Security in 2008 warned that cocaine was being smuggled across the Atlantic on a growing fleet of at least 10 airplanes, including Boeing 727s, executive jets and twin-engine turboprops.

In addition to Guinea-Bissau and Mali, other countries involved in the drug-trafficking routes include Niger, Mauritania and Nigeria – each with porous borders and shadowy armed groups that can profit from the drug trade. 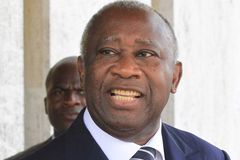