For years, ties between Ottawa and Beijing were soured by the fact two of China's most-wanted fugitives were living in Canada, fighting prolonged legal battles to avoid being sent home to face fraud charges.

Relations warmed noticeably this year after Canadian judges deported both Lai Changxing – the man long considered China's No. 1 fugitive – and Zeng Hanlin back to China, finally rejecting their arguments that they were sure to be executed if returned to the Chinese justice system.

No court date has been set yet for Mr. Lai, but Mr. Zeng's day in court quietly came and went last week – a one-day affair some 11 years after he first fled China and charges of involvement in a multimillion-dollar stock fraud.

Long-listed not far below Mr. Lai on China's list of its 10 most-wanted suspects, Mr. Zeng's case was heard Thursday by a court in Chengdu, the capital of Sichuan province. While it was proclaimed an open hearing, the 65-year-old's family says no media were present, and all but two courtroom seats were occupied by local officials.

Sam Zeng says the family – which was represented in court only by Mr. Zeng's niece – has little confidence that his father will get a fair judgment from a system that has a conviction rate near 99 per cent. The family believes the officials who secured Mr. Zeng's extradition will not allow the government to be embarrassed by a "not guilty" verdict.

"For 10 years they've been saying that he stole the money and went to Canada," Sam Zeng said in a telephone interview from Hong Kong. "We believe in the central government [in Beijing] but we're afraid the local government [in Chengdu]will do the wrong thing."

Mr. Zeng's lawyer, Yang Zhaodong, is more optimistic. He believes the prosecution failed to make its case Thursday, and that he won the one-day courtroom argument over whether Mr. Zeng committed a fraud when his nearly bankrupted company, Guangdong Flying Dragon Group, raised 35 million yuan in a 1998 stock transfer agreement involving a Sichuan firm.

(The full defense statement is here. The official Xinhua newswire has a less flattering view, hailing Justice Richard Boivin's decision to deport Mr. Zeng as proof of "honest cooperation between the law enforcement organs of the two countries.")

The question now, Mr. Yang says, is whether the judge will make his decision based solely on what he heard in court, or whether other factors will come into play. "Based on the case itself, it's an easy judgment. But if other factors such as guanxi [a Chinese term that refers to personal connections or influence]are involved, then it's harder to predict," he said in an interview in Beijing.

Sam Zeng said the family was disappointed no one from the Canadian Embassy attended his father's Chengdu trial, something usually done only for Canadian citizens (which Mr. Zeng is not). The Embassy is paying more attention to Mr. Lai's case, however, and has received what a spokesman called "very regular access" to him in prison.

(Mr. Zeng's family says they've been prevented from meeting him since his return to China, and they're worried that his high blood pressure and diabetes are not being properly treated while he's in jail awaiting a verdict that may be two months or more away.)

The fate of Mr. Zeng is of no small consequence to Canada, where courts have repeatedly been forced to consider whether it's appropriate to extradite Chinese white-collar crime suspects back to a justice system that aggressively uses the death penalty (though it's actually not applicable in Mr. Zeng's case; the maximum sentence is life in prison) and which doesn't begin with the presumption of the accused's innocence. For that reason, Mr. Yang believes Canada and Canadians should be paying attention to his client's case.

"I think it's true not only in China, but anywhere in the world – a trial held in the sunshine has a better chance of achieving justice than a trial held behind the curtain." 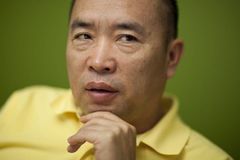 Canada's diplomats teach China a lesson in due process
August 8, 2011 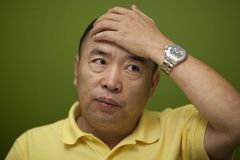 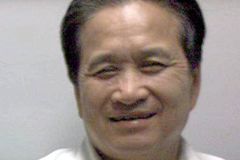