Most often, when someone sets out to paint a town, the colour of choice is red.

But red has some nasty associations for Mamata Banerjee, chief minister of the Indian state of West Bengal (or as it is meant to be known, Poschim Bongo). Ms. Banerjee came to power last year, after decades spent trying to oust the Marxists who ruled the state for 34 years – and left plenty of red in their wake.

Thus the new chief minister has apparently decided her capital city, Calcutta, needs a makeover – and only blue will do.

"Our leader Mamata Banerjee has decided that the theme colour of the city will be sky blue because the motto of the new government is 'the sky is the limit'," Firhad Hakim, the state's urban development minister, told reporters.

A battalion of workers has been deployed on the paint job in this metropolis of 15 million people. Some overpasses and railings have already received their coat of pale blue; city workers have taken their brushes to the trunks of trees on the famed street called Red Road.

Also on the list for a paint job: bridges, bus shelters, street lamps, buses, park fences and benches, street sign, electric infrastructure, taxis and all government buildings, including the city's landmark Shahid Minar, a jutting column that has been alabaster white since its construction in 1848.

Ms. Banerjee, a woman with a taste for uniformity, is said to want the entire city blue, but of course her orders apply only to public infrastructure; private property is another matter. But the city is promising property tax rebates to homeowners who paint their dwellings in the appropriate hue.

Calcutta mayor Sobhan Chatterjee called blue "soothing for the eyes" and has reportedly set aside 60 crore rupees, or C$12 million, for the "beautification" project.

That has earned the scorn of the opposition Congress party and the ire of many of his taxpayers, who point out that the cities road are cratered and its hospitals in dire shape. "It's wastage, just wastage of public funds," said Sunil Gangopadhyay, a poet and novelist whose opinion is often sought in this renowned city of intellectuals. "This can't be a priority."

That said, he has lived in Calcutta long enough to know things might be worse.

"It's a nice blue," he said reflectively. "A nice powder blue."

That opinion, however, was not shared by the noted writer Dibyendu Palit, who said the city will suffer in the monochromatic colour scheme. "I don't like the idea of blue – we must take care of the aesthetic part of it. Blue is not the only colour for beautification." The chief minister, he noted, did not survey her citizens for their thoughts on colour choice. "She should have."

Blue, it should be noted, is not the colour of Ms. Banerjee's political party, the Trinamool Congress, so there is no direct political tie-in here.

The city's leading English-language newspaper, The Telegraph, was acidly enthusiastic about the plan. "Finding the right colour combination is undoubtedly the crucial first step in making a city safer, healthier, cleaner and generally more user-friendly for its inhabitants," ran its editorial.

"It could, with as little doubt, sort out its core problems – chaotic health care, inability to implement pollution control norms, arsenic in the water, archaic sewers and garbage disposal, bad roads, killer buses for public transport, an airport falling apart and beyond dismal, priceless paintings rotting away in public art galleries, to name a few." 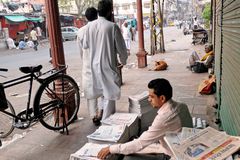 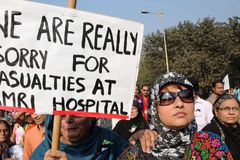