Thursday's topic du jour on the Chinese-language microblog of the Canadian Embassy in Beijing was Canadian cuisine, but some who read it wanted to discuss a much darker side of the country many Chinese have long seen as something of a paradise.

"In Canada, again, we see a brutal body parts case. The victim was a single Chinese mother," was one off-subject response to the embassy's post offering a free dinner for two.

"Again" was the key word. Many here cringed this week as they read about the second gruesome murder and dismemberment to occur in Canada in less than three months. Especially because the victim was again of Chinese descent.

News of the killing of 41-year-old Scarborough resident Liu Guanghua – whose dismembered body parts have been found scattered around Toronto over the past two weeks – was the second most-requested topic for much of Thursday on the popular Sina Weibo microblogging service, trailing only "Prince Harry" as a search term.

Some who posted responses to the news reports said they were worried Chinese people were being violently targeted in Canada. Others called for their government to pressure Canadian authorities to deal harshly with the perpetrators.

"The victims are all Chinese! The Chinese government should demand a serious investigation and make sure [the murderers] don't have impunity in Canada!" was one representative comment on the qq.com news website.

That case saw thousands of commentators pour out their grief on Mr. Lin's own microblog, while others deluged the Canadian Embassy site with anger.

The Chinese Embassy in Ottawa posted a warning in June suggesting that Chinese travelling in Canada should "improve their self-protection [and] awareness, and to strengthen their personal security."

Ms. Liu's murder has prompted less outrage so far, likely because Ms. Liu's killing hasn't been accompanied by the sort of gruesome photos and videos that were splashed all over the Internet following Mr. Lin's murder.

Ms. Liu was also a Canadian citizen, not a Chinese citizen visiting or studying in Canada. The mother of three, who was the owner-operator of a struggling holistic medicine spa, had told neighbours she was planning to return soon to her native Fujian province, where two of her children reportedly live with her estranged husband.

Zhong Hongnuo, a consul at the Chinese Consulate-General in Toronto, told the official China Daily newspaper that Ms. Liu's death was a "cruel criminal case [that] has shocked local community, and we want to express our deepest condolences to the victim's family."

He called on police to expedite their investigation, but said Chinese living in Toronto were not in danger.

Toronto dismemberment victim was planning move back to China
August 22, 2012 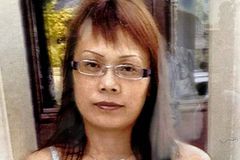 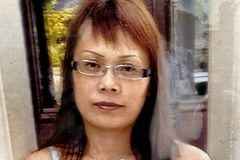 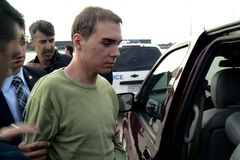