It's starting to seem like a regular August occurrence: Normal life in the Indian capital is hijacked by one charismatic anti-corruption crusader or another who stages a public fast in the heart of the city and gathers thousands of followers to sit and watch him not eat. Now also part of the annual routine is a botched arrest of that leader by the city police, which serves to inflame those supporters further and draws tight-lipped scorn from the ruling Indian National Congress.

This year, the fasting luminary is Baba Ramdev, a hirsute yoga guru who is one of two figureheads duelling to be the face of the anti-corruption movement in India. Last year, the starring role was held by Anna Hazare, an elderly and avuncular figure who staged a "Gandhian" fast-unto-death to try to blackmail the Congress-led government into adopting an anti-graft bill written by his advisers.

Mr. Hazare did not die and his movement has lost momentum in recent months, which appears to have spurred Mr. Ramdev's re-emergence. On Monday, he led his supporters on a march (in fact, he took a jeep most of the way) from the showground where he was staging the fast toward parliament.

Police stepped in to put him in "protective custody" – but the guru outsmarted them. First, he went out the "Very Important Persons" exit of the grounds – not the "Very Very Important Persons Exit" where police naturally expected him. Then, he made it on top of a bus and refused to come down, treating millions of Indian TV viewers to the spectacle of sweaty police officers exhorting him to let himself be arrested and swiping irritatedly toward his ankles.

(Last year, the Congress government ordered the arrest of Mr. Hazare in an effort to disrupt his huge protest; police put him in jail with several of the very same cabinet ministers and senior government officials whose allegedly corrupt behaviour he was fasting to protest, and the whole thing became a humiliating debacle for Congress.)

Atop the bus, Mr. Ramdev finally relented to permit his own arrest and was carted off, with 9,000 of his followers, to a stadium serving as a temporary jail. Police decided to let them go in the early evening, but at the guru's urging, many protesters stayed put. He gave police instructions to get them all dinner.

On Tuesday morning, he led them all in a lengthy yoga session in the stadium and sipped juice to break his fast, before consenting at last to leave. When he did, it was with the affectionate endorsement of every one of the country's political parties, other than Congress. A string of opposition politicians made a pilgrimage to his dais: Nitin Gadkari, president of the main Bharatiya Janata Party, and the heads of many of the BJP's allies. Perhaps more worryingly for the Congress, the heads of parties that often vote with it – such as the Dalit leader Mayawati – also pledged their support to Mr. Ramdev.

The guru has become increasingly hostile to the government over the past few days, taking his complaint from a broad one about the political class to a very specific rage at the government. "Congress hatao, desh bachao," he exhorted the crowd before they left the stadium-turned-jail on Tuesday; the slogan rhymes catchily in Hindi and translates roughly as "Vote out the Congress to save our nation."

He left Delhi without saying anything about specific political plans although in the past he has vowed to form a party of his own. Mr. Hazare and his team announced last week that they will formally create a political party in October, an announcement that generated little interest compared with the huge crowds that the beaming, fasting elderly activist once drew – suggesting few Indians expect his group to perform any differently in the messy fray of India's electoral politics than those whom they criticize.

Indian President Pranab Mukherjee, in his inaugural address on the eve of Wednesday's Independence Day, took a thinly veiled swipe at Mr. Ramdev, scorning "endemic protests" by actors who seek to subvert the country's democratic process.

In June, 2011, Baba Ramdev brought more than 60,000 followers to camp out in Delhi in protest of "black money" – untaxed wealth held in accounts overseas by wealthy Indians. The repatriation of those funds, estimated to be as much as $9-trillion, is a particular fixation of his. Thousands of police officers viciously broke up that gathering, severely injuring more than 30 people – with tactics that would later be found by an inquiry to have been abusive – and arrested the guru as he was attempting an escape disguised as a woman, a move that may have been foiled by his enormous black beard.

Baba Ramdev enjoys immense popularity with a certain demographic of Indians, particularly lower-middle-class women in small towns and rural areas. He oversees a vast ashram-and-alternative-medicine empire worth an estimated $50-million. Stridently anti-Western, he rails against junk food, tight jeans, Western medicine and homosexuality. The Indian investigative magazine Tehelka has revealed financial improprieties and tax evasion in Baba's empire, none of which has seemed to dampen his popularity. 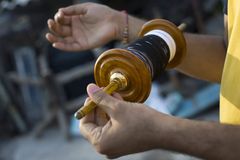 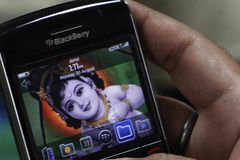