China is a country of monuments. The country is dotted with countless memorials and museums dedicated to things enormous and small, from the Nanjing Massacre to the usefulness of tapwater.

But you won't find any state-sponsored memorials to the millions who died during Mao Zedong's horribly failed Great Leap Forward (the estimates range between 17 million and somewhere upwards of 45 million). While the crimes of the Japanese during the Second World War are well-known and constantly discussed in the media here, those of China's own ruling Communist Party are still taboo.

So it was a shock to readers of Southern People Weekly magazine to see the front page of last Monday's edition: the words "The Great Famine" in a bold-lettered headline, over a graphic showing the plunge in China's population over those terrible four years.

It was followed by 18 pages of in-depth coverage, including black-and-white photographs of sobbing famine victims, and of farmers gathering leaves and tree bark for food.

"History [in China]is sometimes divided into two parts: history itself, and 'admitted history,'" read the editorial that accompanied the reports. "The famine, which is unparalleled in human history, has neither an official record nor a reasonable explanation."

If the famine is allowed to be forgotten, the magazine argued, "we will be despised by our offspring."

Just as remarkable as those words was the response from China's normally lightning-fast censorship apparatus: nothing. The magazine and its provocative front page was delivered intact to its 760,000 subscribers (something that doesn't happen when a publication is deemed to have tread on politically sensitive turf).

In China's tightly controlled media world, such topics aren't suddenly raised by accident; they're brought up with political support. It now seems someone wants to put the Party's unaddressed history onto the agenda just months before a sensitive transition of power that will see the current Standing Committee of the Politburo, headed by President Hu Jintao and Premier Wen Jiabao, give way to a new one headed by Vice-President Xi Jinping.

The publication also comes amid a swirling political scandal inside the Communist Party that has seen Bo Xilai – who mixed leftist economics with open nostalgia for the recent past – purged, and Mr. Bo's ally, the powerful security chief Zhou Yongkang, reportedly placed under investigation.

The ongoing drama has created an opening for liberals like Mr. Wen to push the argument that China desperately needs greater political openness. (It's perhaps notable that Southern People Weekly is published in Guangdong province, the power base of Politburo hopeful Wang Yang, who is seen as another liberal force within the party. "Now we are able to pursue the truth of this disaster," read the editorial in Southern People Weekly. "We must… face the painful warning: never to go back to that system. Let us forever remember all of the innocents who were sacrificed.")

Just as surprising has been the official tolerance for a thriving online discussion of the articles, which has seen thousands of Chinese Internet users debate the history, share their own memories and – inevitably – question why the facts were kept from them for so long.

"The memory of the famine is still very fresh in my mind, eating wild weeds, peeling the bark off trees, and we were very lucky to have a sip of thin porridge with rice every few days. My mother couldn't open her eyes because her body was so swollen with starvation. These are facts, which I experienced in person," one Internet user from Sichuan province, the epicentre of the famine, posted on sohu.com web portal. By Monday, the thread on sohu.com quickly had almost 3,000 responses, including many others personal stories of hunger and horror.

"If you want to worship Mao, you need to hear the evidence and see what on Earth he did to the Chinese people!" wrote a netizen from Hubei province.

It was unclear how many other responses were deleted by the censors. And while a minority of netizens continued to defend Mao and to question the number who died, the very existence of the debate was remarkable.

Here's a hopeful interpretation that I heard today from a pair of veteran China-watchers: addressing the famine of the Great Leap Forward might open the door to an eventual discussion of the Cultural Revolution, the murderous political milieu that Mr. Xi and his generation grew up in. (Mr. Wen famously presaged the downfall of Mr. Bo by warning that Mr. Bo's policies in the southwestern city of Chongqing risked repeating "such historical tragedies as the Cultural Revolution." And after that might come a debate of the biggest taboo of all – the use of tanks and soldiers to quell the pro-democracy protests on Tiananmen Square in June of 1989.

That's a discussion that the Communist Party leadership has until now wanted to avoid. But perhaps the rising generation of Communist Party "princelings" are interested in fighting the battles of their fathers.

Twenty-three years ago, Bo Yibo, the father of fallen Party star Bo Xilai was among those who demanded a crackdown on the Tiananmen Square protests. He also called for a purge against those within the Party who supported the students. Among those punished for speaking out against the crackdown was Xi Zhongxun, the father of China's president to be. Perhaps that's the history that's really coming to light.

Chinese official detained over alleged rapes after online uproar
May 27, 2012
High-profile ouster in China points to battle between reformists, hard-liners
May 14, 2012 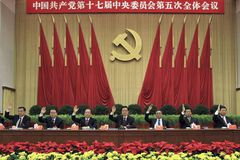 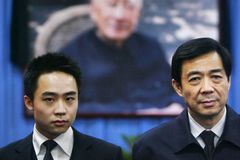 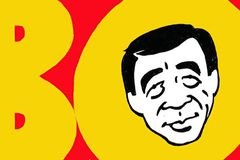 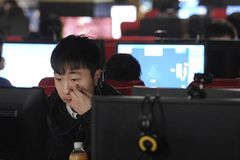