She had me at the photo.

Something about the pose the young woman struck – she's the one on the right – conveyed that quiet, intense, world-weary romantic look of the partisan resistance fighter that was found in France, Spain and Greece, staging hit-and-run attacks on the Nazis and Fascists in the 1930s and 40s.

In her case, the battle was fought mostly in Lithuania, and she was Jewish. She died Wednesday at 92.

Vitka Kovner (nee Kempner) fled her native Poland in 1939 when the German army marched in, and she took refuge in the then-unoccupied Lithuanian capital of Vilna (known now as Vilnius). A member of the largely Communist Hashomer Hatzair Jewish youth movement, Vitka, then only 19, found comrades in the capital's Jewish ghetto.

When Russia occupied Lithuania in 1940, Vitka fled again, returning to the city in June 1941, when Germany occupied the area. That was when Vitka and her young colleagues decided to stay and fight.

The group rounded up other youths hiding in nearby monasteries and set up operations inside the ghetto, which the German army had isolated. Ms. Kovner told Yad Vashem Quarterly Magazine 11 years ago that her organization had three goals: to wage an uprising if and when the Germans moved in on the ghetto; to stage terrorist attacks outside the ghetto, and ultimately to join the partisans operating in the forest.

"I joined the team that was responsible for terrorist attacks outside the ghetto," she said, "and my first and most important mission … was to detonate a bomb on the railway in order to damage the train that transported equipment to the war front."

"I sat entire nights following the trains' routes, trying to determine the hours they passed by and when the Germans patrolled and checked the railways," she recalled.

"Finally … we sneaked out the bomb that Abba [Kovner, later a poet and her husband]had built and detonated it." The blast did serious damage to the train and killed a number of German soldiers.

The German army, she said "believed in collective responsibility; had they known that Jews had executed the bombing they would have killed us by the thousands."

Instead, they reportedly executed all the residents of a nearby Polish town.

Vitka and Abba and many of their colleagues went on to fight with the partisans and, at the end of the war, they refused to abandon the fight.

"We had seen concentration camps," Vitka explained, "and after what we witnessed there we decided that even though the war was over, we had to take revenge for the spilling of Jewish blood."

The group that would become known as the Nokmim (Hebrew for Avengers) was apparently formed in the spring of 1945, says Jonathan Freedland, a Guardian columnist and author of The Final Reckoning, when Abba Kovner, the future poet and leader of the Vilna uprising, addressed a Passover gathering. He invoked Psalm 94, in which God promises that he shall deal with the enemies of the people of Israel: "He will repay them for their iniquity and wipe them out for their wickedness."

"This, Abba Kovner suggested, was the fate that should be meted out to the Germans. And if the courts of international justice would not do it, then the Jews should do it themselves," Mr. Freedland says.

A memoir written by one of the Avengers, tells how the group identified and hunted down individual former Nazis and executed them, often by making their hanging look like suicide.

Another book, by former BBC Jerusalem correspondent Michael Elkins, described how members of the Nokmim tracked down a concentration camp commander to suburban Winnipeg in 1960. He was found hanged when his wife came home from the movies.

"We carried out one mission in which we poisoned a camp of SS soldiers," Vitka admitted to an interviewer.

The mission to which she referred took place at Stalag 13, then a detention camp for 15,000 SS soldiers. The group, including Vitka, got into the bakery that supplied the camp and brushed arsenic on 3,000 loaves of bread. More than 1,900 men reportedly took ill, hundreds of whom are believed to have died.

"Following this mission," Vitka said, "we understood that we had to leave Europe."

Vitka and Abba Kovner arrived in British mandate Palestine in 1946, settling in a kibbutz of the Hashomer Hatzair movement, Ein HaHoresh, where she was buried Thursday. 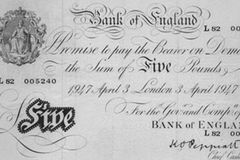 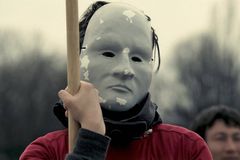