Around the world, President's Barack Obama is far less popular than when he was first elected four years ago but the public in most surveyed nations – with the notable exception of several Muslim-majority societies – hope he will be re-elected.

Mr. Obama's approval has dropped most sharply in China and Mexico but remains strong in many European countries, the Pew Research Trust concludes after one of its periodic surveys of global attitudes. The polls in 20 countries (Canada isn't among them) allow Pew to track changes in attitudes over time.

In most, strong majorities hope Mr. Obama will be re-elected for a second term in this November's elections. Not so in Egypt, Jordan and Lebanon, where majorities are opposed to another four years of Mr. Obama in the White House. In several other majority-Muslim nations, including Pakistan and Turkey, most respondents are also opposed to Mr. Obama's re-election. So, too, are slimmer majorities in China and Russia.

While Mr. Obama remains far more popular than his predecessor, George W. Bush, there remains a widespread global perception that the United States continues to act unilaterally with little regard for the views and interests of other nations.

In its report, Pew found "little support for Obama, however, in the predominantly Muslim nations surveyed. Fewer than three-in-ten express confidence in him in Egypt, Tunisia, Turkey and Jordan. And roughly a year after he ordered the Abbottabad raid that killed Osama bin Laden, just 7 per cent of Pakistanis have a positive view of Mr. Obama, the same percentage that voiced confidence in President George W. Bush during the final year of his administration."

One element of U.S. power projection is unpopular not just in the Muslim world. Pew found widespread disapproval in Europe and Asia as well to Mr. Obama's growing use of missile-firing drones in Pakistan, Yemen, Somalia and other countries.

"There remains a widespread perception that the U.S. acts unilaterally and does not consider the interests of other countries," Pew said in its report, especially in predominantly Muslim nations, where U.S. military campaigns targeting Islamic extremists are "still widely unpopular."

Only in the United States – where 62 per cent approved of Mr. Obama's increasing reliance on assassination strikes using remotely-piloted drones – was there broad backing for the program.

The only other country where a majority, albeit a slim one, backed the drone strikes was India, likely because most of the U.S. attacks have been aimed at targets in Pakistan, which is India's long-time adversary and the victim of terrorist attacks launched from Pakistan.

Even as he has remained broadly popular abroad, Mr. Obama has also presided over a major shift in global perception of America's economic primacy. For the first time, Pew's polling showed China is now regarded as the world's greatest economic power, ahead of the United States.

As China's economic might has grown, its global approval rating has dropped.

"China's image has slipped in several countries over the last year," Pew said. "The percentage of Japanese with a favourable opinion of China plummeted from 34 per cent to 15 per cent." Declines were recorded in many of the surveyed publics. 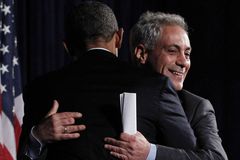 U.S. security leaks may be self-serving, but they're also vital information 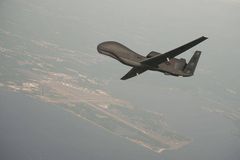