Not many Republicans call for tax hikes.

The city, he says, needs more armed police to back the judge when he takes on the hordes of United Nations troops poised to invade America.

Judge Head, a police veteran himself, is girding for war. "I'll stand in front of their personnel carriers and say, 'You're not coming in here,'" he told a local television station, igniting a furor that has spread like a Texas grass fire.

In a nutshell, here's what worries Judge Head, who also leads Lubbock's emergency preparedness unit and must plan for everything from tornadoes to civil strife: Should President Barack Obama win another four years in the Oval Office, the president will "hand over sovereignty of the United States to the UN," Judge Head explained in a televised interview. And like any forward-thinking emergency planner, Judge Head wants to be ready for the ensuing bloodbath.

"I'm thinking worst-case scenario – civil unrest, civil disobedience, civil war maybe," as U.S. citizens rise up to defend the nation, the judge continued. "And we're not talking just a few riots here and demonstrations. We're talking Lexington, Concord, take up arms and get rid of the guy," he added. At that point, in Judge Head's scenario, the beleaguered president will "send in UN troops" to crush American (and Texan) patriots.

Which brings us back to the tax hike and the looming risk of armed confrontation on the outskirts of Lubbock.

"I don't want them in Lubbock County," Judge Head said of the foreign invaders. But nor does he want to face the blue-helmeted hordes alone. "I don't want a bunch of rookies back there who have no training and little equipment. I want seasoned, veteran people who are trained that have got equipment," which, he said, justifies the need for a sales tax hike.

Even the addition of some tough Texas lawmen may not be enough. "You know, we may have two or three hundred deputies facing maybe a thousand UN troops. We may have to call out the militia," Judge Head warned.

Democrats, fairly rare in West Texas, called on the judge to stand down, claiming his impartiality had been compromised. But Judge Head, who has had a long public service career, dismissed suggestions that he should quit. However, the former PTA president whose biography says he serves on the "Board of Elders at Church on the Rock," attempted to quell the brouhaha, saying his comments had been taken out of context.

He was, he insisted, talking only of worst-case scenarios.

Gilbert Flores, one of the few elected Democrats in Lubbock, lampooned Judge Head, telling CNN: "He's a six-pack short of a full case of beer, if you know what I mean." The Texas Democratic Party was only slightly more polite. "This nonsense is what passes for mainstream in today's Republican Party," it said in a statement.

But the judge has plenty of backers.

"I support Tom Head and the worst-case scenario he spoke of," wrote Carol Williams in a letter to the Lubbock Avalanche-Journal, where a spirited debate continues. "President Obama has already allowed the government to take over the auto industry, the banking industry, the medical industry, regulating Wall Street, and has defied the Constitution several times with executive orders .... if he wins a second term he will be unleashed to do whatever he wants."

Meanwhile, some have delighted in poking fun at the discomfort felt by many in Lubbock.

"Judge Tom Head's keen insights have brought unwanted attention to our operations, so we will have to accelerate the plans," warned an alien commander posing as a Patrick Anderson of San Francisco in another letter ruefully published by the Avalanche-Journal.

"He only got part of it right. Even as you read this, a number of fighter craft are fanning out from our Mother Ship, which is orbiting Earth under the cover of an anti-radar shield. We had planned to swoop down to conquer the U.S. the moment Obama's re-election was certified. (He's one of us, you know; we planted that birth certificate in Honolulu decades ago in preparation for this moment.) But now we can't wait until November." 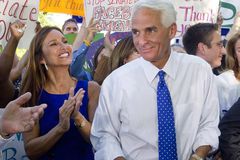 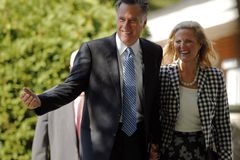 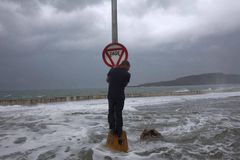