The pity of war

We see the images, often captured half a world away, and they frame the context of a moment and widen the aperture of our understanding. Yet we rarely consider the human figure behind the lens. Anthony Feinstein reflects upon the year-long Conflict Photographer series that pays homage to the women and men who have given so much in perilous times

Over the past year I have interviewed 12 remarkable conflict photographers, or in the case of the two who are deceased, their closest relatives. In many ways, I worked backward on this project, starting with photographs that I admire and then going in search of the men and women who took them. As in keeping with all great war photography, the images elicit strong emotions, for my subject has been "War, and the pity of War," to quote Wilfred Owen's memorable lines. Even in those photographs that do not focus directly on combat, like Sebastiao Salgado's touching image of a mother and child in a refugee camp, or Robin Hammond's scene of psychiatric patients in a Mogadishu hospital being harangued by an imam with a bullhorn, or Ashley Gilbertson's haunting black-and-white series of bedrooms frozen in time, the backdrop is unmistakably war and its malignant reach. 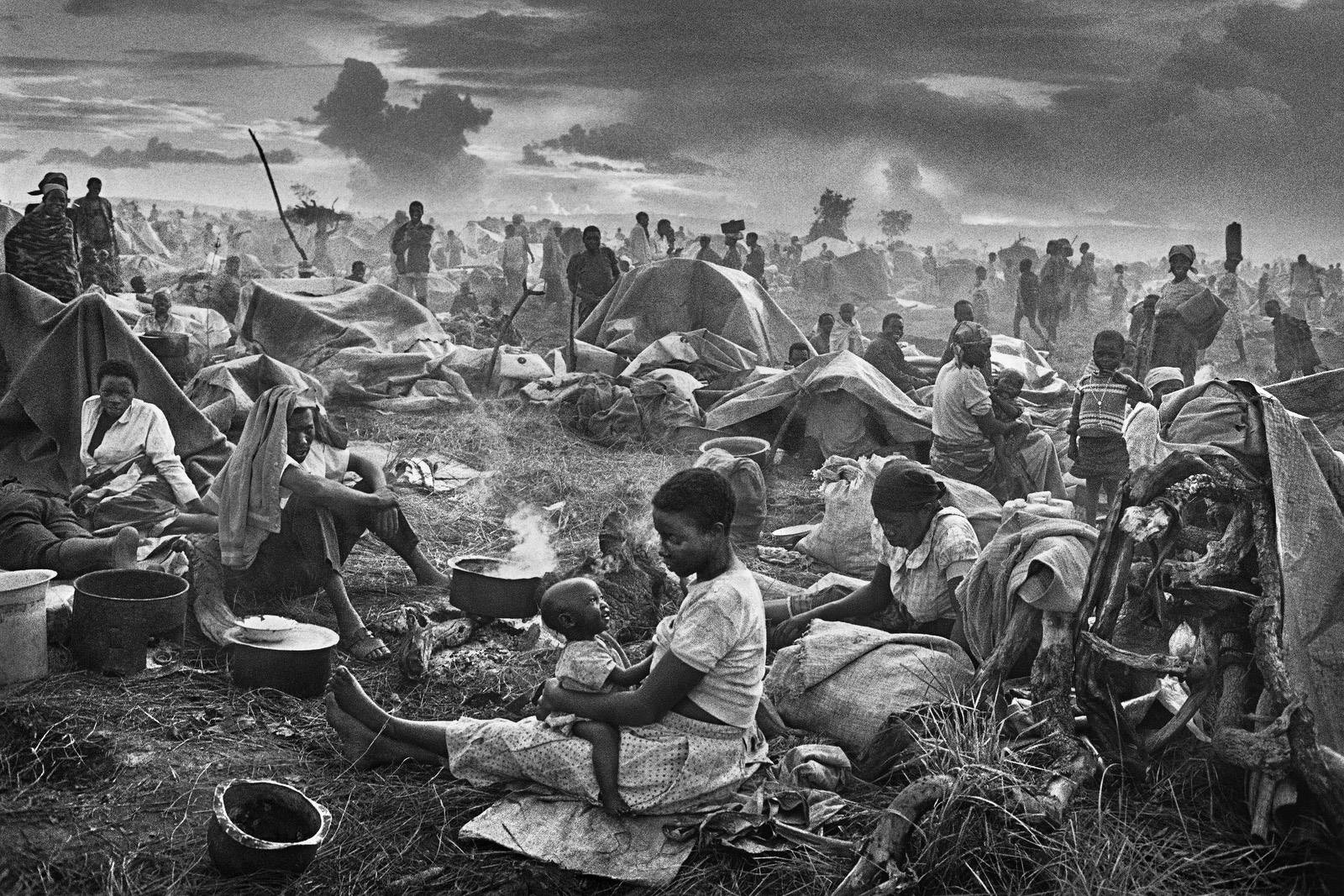 Conflict photographers are visual historians, bearing witness to stories that must be told. The images they produce seize our attention and pose troubling questions. Look anew at Don McCullin's iconic photograph of the shell-shocked marine. What reduces a man to such a state? How might he emerge from it? What became of him when his war was over? Or what about those young Kosovar women photographed by Alexandra Boulat, smiling as homes burn in the background? What had they endured before the NATO forces arrived? Did they survive the war? In time, were their homes torched as well? Or shift your attention to Ron Haviv's shot of a Serb paramilitary, cigarette in hand, putting his boot into dead Bosnian civilians – erstwhile neighbours – and ask yourself how human behaviour can turn so quickly.

Questions such as these are given added urgency by the powerful feelings evoked by all 12 photographs. Pair a thought with a strong emotion and, as behavioural scientists have long known, the thought takes on a particular salience, a greater gravitas, making it harder to forget after we leave the gallery or put down our newspaper. And in keeping with this symbiosis of thought and feeling, the lingering questions bring to mind the images once more. This is surely what conflict photographers aim for, using their skills with a camera to capture an image that not only moves us but, more importantly, gets us thinking.

The aim of this series has been to harness these thoughts, but shift them in a different direction by asking a new set of questions. What of the person taking the photograph? If we are so strongly affected by the image, something that we perceive secondhand, what might the photographer experience? "Your photographs are not good enough if you are not close enough," admonished the legendary Robert Capa and I return to this bit of tough advice repeatedly in this series because, of all the different kinds of journalists who cover war and conflict, none get closer to the action than the stills photographer. Proximity, however, ratchets up the risk. Capa died in Indochina in 1954 after stepping on a landmine.

Let us then briefly revisit the lives of some of the men and women whose work has been featured here: Joao Silva and Tim Page grievously wounded, Ron Haviv marked for assassination by a rogue warlord, David (Chim) Seymour killed at Suez, Corinne Dufka blown up in her armoured vehicle and wounded, Santiago Lyon wounded, Don McCullin wounded multiple times, Sebastiao Salgado incapacitated by physical and emotional exhaustion, Ashley Gilbertson brought down by guilt, Alexandra Boulat deceased at 45 years of age, albeit not combat related, and Robin Hammond, incarcerated and intimidated by Robert Mugabe's goons. Faced with this array of life-threatening stressors, it should not come as a surprise that, for some photojournalists, post-traumatic stress disorder has added considerably to the challenges faced. The only photographer untouched by a malevolent hand has been the amateur amongst them, physical therapist Charles Porter, a man who does not visit war zones.

Conflict journalists are quick to point out that what they confront pales compared to what the victims of war endure. This is indisputable and there are no comparisons implied here. And yet, when Santiago Lyon mentions in passing that he has personally known at least a dozen colleagues killed in their line of work, it reinforces once more what a hazardous profession this is.

This leads me to a theme that runs throughout the narrative histories collected for this series: Resilience. The photojournalists featured here have spent many years, in some cases decades, covering conflict. Unlike soldiers, they are not schooled in violence and yet their longevity on the front lines is unequalled. Time and again they return to the fray, knowing all too well the price that must be paid. Therein lies the challenge for those bold and skilled enough to forge a career in the midst of war. Undeterred, they continue, rewarded by work that comes with great personal meaning. From the comfort of our living rooms a world removed, we look on with a mix of trepidation and appreciation.

"He who would live off war must eventually yield something in return," observed Bertolt Brecht. Conflict photographers know this all too well. Their remarkable images speak to remarkable lives lived. So when you next come across photographs of war or conflict and marvel at the content, or recoil from it, or perhaps even look away, depending on your sensitivities, pause for a moment and reflect on the men and women behind the lens and what it has taken to get the images before you.