Never mind hockey or football. The biggest sporting event in decades starts this weekend at a five-star hotel in India and it could go on for nearly a month.

The world chess championship begins Saturday in a ballroom of the Hyatt Regency hotel in Chennai, along India's southeast coast, and it's being described as the best match-up since a young hotshot American named Bobby Fischer defeated Soviet veteran Boris Spassky in 1972.

Today, the brash young challenger is Norway's Magnus Carlsen, a 22-year old phenomenon who is dubbed the "Mozart of Chess," became a grand master at 13, earns more than $1-million a year and models with actress Liv Tyler in his spare time. The veteran is Viswanathan Anand, a four-time world champion from India who has been among the best players for 20 years.

Both are not only superb chess strategists, they have revolutionized the sport, taking it to new heights of popularity around the globe and particularly in India which now has more ranked chess players than any other country. This showdown has been eagerly anticipated ever since Mr. Carlsen won a qualifying event in London earlier this year, setting up the championship duel with Mr. Anand, who at 43 is nearly twice his age. Tickets are going for up to $5,000 for an eight-seat corporate box, and all of the games will be shown live on Indian television.

"It is the classical youth versus experience struggle," said Vladimir Drkulec, president of the Chess Federation of Canada. And like just about everyone, Mr. Drkulec favours Mr. Carlsen. "There is no doubt that Carlsen is a huge chess talent – perhaps one of the best ever."

He's not exaggerating. The Norwegian started playing chess with his father at the age of eight and became a grandmaster five years later. At 19, he was the number one player in the world, the youngest ever, and he has held the top ranking for 41 months. He is so good that last year he broke Garry Kasparov's record for the highest player rating ever, based on point system used by the international federation, FIDE. And then he broke the record again this year.

It's Mr. Carlsen's relentless playing style that gets attention in chess circles. He rarely plays for a tie, preferring to push for a win no matter what. Mr. Drkulec and others say Mr. Carlsen is the product of the Internet age, honing his remarkable skills online in a way that has never been done before. Mr. Carlsen once told a reporter that he didn't even know if he had a chess board at home.

His talent has made him a huge hit at chess exhibitions where he has taken on 10 people at once, thrashing them all without even looking at the board. Last year in California, he faced four up-and-comers and crushed them in 15 minutes, with his back turned. "I never expect to lose," he told reporters after the London qualifying tournament.

His cocky, laid-back attitude has won him admirers far beyond chess. Dutch clothing company G-Star has used him in fashion shoots with Ms. Tyler and Cosmopolitan magazine ranked him one the sexiest men in the world for 2013.

And yet there are some who say Mr. Carlsen may have met his match in Mr. Anand. The Indian is far more experienced at the championship level and he'll be playing in his home town.

Mr. Anand contested his first world championship in 1995, when Mr. Carlsen was five years old, losing to Mr. Kasparov. He went on to win the FIDE title in 2000, but many considered it second-rate because Mr. Kasparov held a rival world championship. The two titles were eventually combined and Mr. Anand has won the undisputed crown four times.

The format of championship play is also different from round robin tournaments, where Mr. Carlsen excels. It's a 12-game marathon held over three weeks where a win is worth one point and each player gets half a point for a draw. The first to reach six and a half points wins.

On a head-to-head basis, Mr. Anand has the advantage as well, beating Mr. Carlsen six times and losing three (they have had 20 draws). But those victories came before 2010, when Mr. Carlsen was a relative newcomer, and since then he has beaten Mr. Anand convincingly.

Some say Mr. Anand is too old and has lost his touch. But when he and Mr. Carlsen step into a sound-proof glass box on Saturday for their first game, Mr. Anand will have the home crowd backing him and nearly all of India watching. "He is a huge celebrity, on par with the best cricket players," said Arvind Aaron, a spokesman for India's national chess federation. "He's probably the top two or three sportsmen in the country."

He's also the sentimental favourite for people like Bob Armstrong, who helps promote chess in Canada through the national federation. "To be honest, I really like Anand," he said from his home in Toronto. "Anand is a gentleman if there ever was one."

Mr. Armstrong paused, and added: "He is an excellent model for the sport, but he's not that exciting. Magnus is exciting. From the point of view of me wanting chess to become more popular in Canada, I would have to say I would like to see Magnus win." 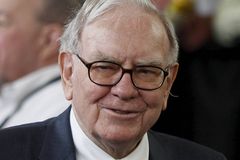 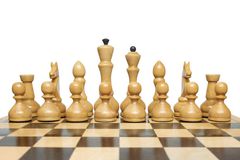 Film Review
Computer Chess: Cleverly calculated, puts technology in checkmate
July 26, 2013
Follow Paul Waldie on Twitter @PwaldieGLOBE
Report an error Editorial code of conduct
Due to technical reasons, we have temporarily removed commenting from our articles. We hope to have this fixed soon. Thank you for your patience. If you are looking to give feedback on our new site, please send it along to feedback@globeandmail.com. If you want to write a letter to the editor, please forward to letters@globeandmail.com.
Comments