Research by Brazil's top public-health institute, the Oswaldo Cruz Foundation (Fiocruz), has found the Zika virus in a mosquito species called Culex quinquefasciatus – far more common than the species that government had said was the vector for the virus.

The findings, as yet unpublished, suggest Brazil may need to change its Zika response strategy, and it is grim news for a country in the grip of a mysterious epidemic, just two weeks before tens of thousands of visitors arrive for the Olympics.

Zika was found in Culex quinquefasciatus in the northeastern city of Recife, ground zero for the outbreak of fetal brain defects caused by the virus – and this species is 20 times more common there than Aedes aegypti, which until now has been identified as the main vector.

"It's very bad news for Brazil," said Constancia Ayres, the entomologist who conducted the research and who has been a lonely voice insisting that it was risky to focus exclusively on Aedes aegypti as Brazil scrambled to respond to the Zika outbreak over the last year. "We have a national program for controlling Aedes – but we have nothing for Culex – so if Culex is an important vector then we have to start from zero."

Brazil's Ministry of Health responded to the announcement by saying that it remains convinced that aegypti is the most important vector. In an e-mail to The Globe, a ministry spokesperson said that ultimately, the findings change nothing because the public-health response is the same regardless of the species.

But Dr. Ayres and other entomologists strongly disagree. Culex quinquefasciatus, a plain brown mosquito, has some significantly different behaviours than Aedes aegypti, which is best known for its zebra-striped legs, and those habits necessitate very different response strategies, she said.

Aegypti for example, bites during the day, while Culex quinquefasciatus bites at night – so bed nets would offer the best form of protection (but few Brazilians use them today). The first species breeds in clean water, while the second prefers polluted, such as the sewage canals that snake through Recife.

"The only explanation for how fast Zika is going through Latin America is that it's transmitted by more than aegypti – and that means you do a different response, and you sample for mosquitoes differently," Fiona Hunter, a professor of entomology at Brock University who is working on Zika transmission in the Caribbean, said in a telephone interview.

Brazil's Ministry of Health reports 1,709 cases of confirmed congenital Zika, with 102 deaths and stillbirths caused by the virus. More than 3,000 other cases are still under investigation. Rates of new Zika infection have plummeted in the past three months, with the onset of the Brazilian winter and less of the warm, damp weather that boosts mosquito breeding.

Dr. Ayres's findings have implications far beyond Brazil: Culex quinquefasciatus has a much wider range than Aegypti, which is found only in tropical and subtropical regions.

Back in March, a number of Brazilian and international entomologists expressed public concern over Brazil's Zika response plan and its focus on Aedes aegypti, saying it was dangerous to be focusing all resources on that vector without more evidence, especially given that this strain of Zika was behaving in markedly different ways from what had been seen before elsewhere.

At the time, the Ministry of Health told The Globe that the Brazilian response was based on recommendations from the World Health Organization, and the WHO, in turn, said that it was relying on "current epidemiological evidence" even though Zika was not found in an Aedes aegypti mosquito here until May. This species is known to be the primary vector for related flaviviruses such as dengue fever, which kills hundreds of people in Brazil each year.

The Ministry of Health is investing in testing genetically modified mosquitoes as a Zika-control strategy – but the species modified is Aedes aegypti.

Dr. Ayres said more research is necessary to establish which of the two species is the primary vector in Brazil – to answer questions such as whether one focuses more on humans than on animals, which species bites more often, which transmits more virus in a bite and which lives longer. 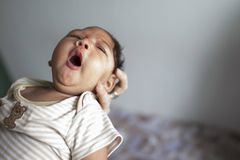 WHO may be leading Brazil down wrong path on Zika virus
March 24, 2016 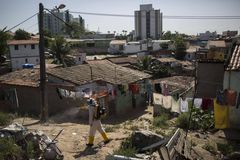 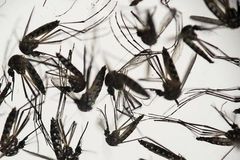 What you need to know about the Zika virus and its hardy and resourceful carrier
January 26, 2016 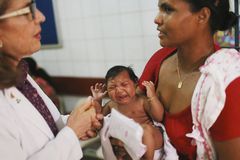 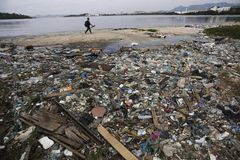 Opinion
Zika virus is the price we pay for globalization
February 4, 2016 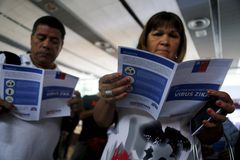