After a year and a half of living as a hermit, George Zimmerman emerged from a Florida courthouse a free man, cleared of all charges in the shooting of 17-year-old Trayvon Martin.

His brother said the former neighbourhood watch volunteer was still processing the reality that he wouldn't serve prison time for the killing, which Zimmerman, 29, has maintained was an act of self-defence. Late Saturday night, a jury found him not guilty of second-degree murder and declined to convict him on a lesser charge of manslaughter.

However, with many critics angry over his acquittal, his freedom may be limited.

"He's going to be looking over his shoulder the rest of his life," Robert Zimmerman Jr. said during an interview on CNN.

Demonstrators upset with the verdict protested mostly peacefully in Florida, Milwaukee, Washington, Atlanta and other cities overnight and into the early morning Sunday, but some broke windows and vandalized a police squad car in Oakland during protests in four California cities, authorities said. Additional demonstrations were scheduled across the country through Sunday evening.

U.S. President Barack Obama on Sunday called Sunday, saying Martin's death was a tragedy and that the nation should seek ways to stem gun violence.

"We are a nation of laws and a jury has spoken," he said in a statement. "I now ask every American to respect the call for calm reflection from two parents who lost their young son."

Churches also made note of the verdict Sunday morning, with many leaders speaking about the case and urging peace in the aftermath. Some congregants wore hooded sweatshirts, as Martin had when he died, or shirts with the teen's picture.

Martin's killing in February 2012 unleashed debate across the U.S. over racial profiling, self-defence and equal justice. Protesters nationwide lashed out against police in the Orlando suburb of Sanford as it took 44 days for Zimmerman to be arrested. Many, including Martin's parents, said Zimmerman had racially profiled the unarmed black teen. Zimmerman identifies as Hispanic.

Six anonymous female jurors considered nearly three weeks of often wildly conflicting testimony over who was the aggressor on the rainy night the 17-year-old was shot while walking through the gated townhouse community where he was staying and where Zimmerman lived.

Jurors were sequestered during the trial, and they deliberated more than 15 hours over two days before announcing late Saturday night that they had reached a verdict. The court did not release the racial and ethnic makeup of the jury, but the panel appeared to reporters covering selection to be made up of five white women and a sixth who may be Hispanic.

In August 2012, defence attorney Mark O'Mara said Zimmerman and his wife, Shellie, had been living like hermits and weren't working because they feared for their safety.

After Saturday's verdict, police, officials and civil rights leaders urged peace and told protesters not to resort to violence. While defence attorneys said they were thrilled with the outcome, O'Mara suggested Zimmerman's safety would be an ongoing concern.

"There still is a fringe element that wants revenge," O'Mara said. "They won't listen to a verdict of not guilty."

Those watching reacted strongly when the verdict was announced. Martin's mother and father were not in the courtroom when it was read; supporters of his family who had gathered outside yelled "No! No!" upon learning of the verdict.

Andrew Perkins, 55, a black resident of Sanford, angrily asked outside the courthouse: "How the hell did they find him not guilty?"

"He killed somebody and got away with murder," Perkins shouted, so angry he shook, looking toward the courthouse.

Protesters had taken to the streets late Saturday and into Sunday morning in Florida and other states, largely heeding the advice of officials and others who urged them not to resort to violence.

Authorities said in California media reports that some marchers in Oakland vandalized a police squad car and police formed a line to block some demonstrators there. TV news helicopter footage showed some people trying to start fires in the street and spray painting anti-police graffiti. The demonstration followed a raucous but largely peaceful protest in San Francisco and another in Los Angeles. An Oakland police dispatch said about 100 people protested there but gave no word of any arrests

Celebrities also reacted. Beyonce called at a Nashville concert for a moment of silence for Martin. Rapper Young Jeezy released a song in Martin's memory and Russell Simmons called for peace.

NAACP President Benjamin Todd Jealous started a petition calling for the Justice Department to open a civil rights case against Zimmerman. "The most fundamental of civil rights — the right to life — was violated the night George Zimmerman stalked and then took the life of Trayvon Martin," Jealous wrote in the petition, posted on the website MoveOn.org and addressed to Attorney General Eric Holder.

Martin family attorney Benjamin Crump acknowledged the disappointment of Trayvon Martin's supporters, ranking the teen alongside civil rights heroes Medgar Evers and Emmett Till in the history of the fight for equal justice. However, Crump said, "for Trayvon to rest in peace, we must all be peaceful."

Martin's family maintained the teen was not the aggressor, and prosecutors suggested Martin was scared because he was being followed by a stranger. Defence attorneys, however, said Martin knocked Zimmerman down and was slamming the older man's head against the concrete sidewalk when Zimmerman fired his gun.

Prosecutors called Zimmerman a liar and portrayed him as a "wannabe cop" vigilante who had grown frustrated by break-ins in his neighbourhood committed primarily by young black men. Zimmerman assumed Martin was up to no good and took the law into his own hands, prosecutors said.

"We charged what we believed we could prove," Corey said.

Zimmerman also had some supporters outside the courthouse, including Cindy Lenzen, 50, of Casslebury, and her brother, 52-year-old Chris Bay, who stood watching others chant slogans such as, "the whole system's guilty."

Lenzen and Bay — who are white — called the entire case "a tragedy," especially for Zimmerman.

"It's a tragedy that he's going to suffer for the rest of his life," Bay said. "No one wins either way. This is going to be a recurring nightmare in his mind every night."

Before a special prosecutor assigned to the case ordered Zimmerman's arrest, thousands of protesters had gathered in Sanford, Miami, New York and elsewhere, many wearing hoodies like the one Martin had on the night he died. They also carried Skittles and a can of iced tea, items Martin had in his pocket. Obama also had weighed in, saying that if he had a son, "he'd look like Trayvon."

Despite the racially charged nature of the case, race was barely mentioned at the trial.

"This case has never been about race or the right to bear arms," Corey said. "We believe this case all along was about boundaries, and George Zimmerman exceeded those boundaries."

One of the few mentions of race came from witness Rachel Jeantel, the Miami teen who was talking to Martin by phone moments before he was shot. She testified that he described being followed by a "creepy-ass cracker" as he walked through the neighbourhood.

Jeantel gave some of the trial's most riveting testimony. She said she overheard Martin demand, "What are you following me for?" and then yell, "Get off! Get off!" before his cellphone went dead.

The jurors had to sort out clashing testimony from 56 witnesses in all, including police, neighbours, friends and family members. 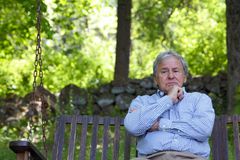