There's no feeling quite like the one I get after I finish reading a book.

When I reach the last page and close the back cover, a sense of euphoria takes over as I let the story sink in and relish the accomplishment (especially when the book is upwards of 750 pages like Donna Tartt's The Goldfinch). Reading a good book is like a drug to me. I don't want to put it down until I've read the last sentence.

I'm Kristene Quan, a digital and social media editor at The Globe and Mail. I spend most of my time managing the homepage and posting stories to The Globe's social media accounts. But today, I want to talk about something less digital and more physical – books.

About three years ago, I started having an issue in my right thumb and wrist from using my iPhone too much. Though it thankfully subsided, it was a catalyst into wanting to spend less time on electronic devices. So I turned to books, which offered me something the continuous stream of tweets, photos and posts could not: a definitive beginning, middle and end.

Reading a book is also a way for me to escape the 24-hour news cycle, which can get tiring and distracting (what did Donald Trump tweet today?). There's also a slew of research that shows the health benefits of reading, everything from improving memory to helping prevent Alzheimer's. And as Marguerite Ward notes in CNBC, studies show that people who read novels have more emotional intelligence.

This new year, I gave myself a goal: one book a week. That might sound like an ambitious target, but I'm in good company. As Leigh Buchanan writes for Inc. Magazine, some of the world's most successful business leaders are voracious readers. Bill Gates reads about 50 books a year, and Warren Buffett devotes about 80 per cent of his day to reading.

So what am I doing to meet my goal? To give myself a framework to operate in, I turned to the idea of SMART goals (Specific, Measurable, Achievable, Relevant and Time-bound), a concept that came from the journal Management Review in 1981, which Quartz's Emily Withrow describes in a recent article. Instead of looking at the number of unread books on my list (51!), I'm breaking it down by choosing one or two that I want to read first, using my daily commute to read without distractions and giving myself shorter deadlines to achieve my goal by the end of the year. (If you're curious about SMART goals, take a look at this great piece from The New York Times.)

When it comes to what to read, there's endless inspiration. Check out The Globe's list of the most anticipated books of the first half of 2018 (I can't wait to get my hands on Zadie Smith's Feel Free), former U.S. President Barack Obama's latest reading list or picks from one of the many book clubs started by actresses such as Reese Witherspoon, Emma Watson and Emma Roberts.

As I finish reading Unaccustomed Earth by Jhumpa Lahiri, I know that feeling of euphoria is close (although, I wish there were more than 330 pages of Lahiri's incredible, insightful writing). I also know that I'm slightly behind on my challenge, but I'm not worried. I still have 49 weeks to reach my end goal.

Now, if I could only decide which book to read next…

Many of the world's top tennis players are currently at the Australian Open. But notably absent is Serena Williams, who won last year's women's singles title at the event while about eight weeks pregnant. The 36 year old graces the February cover of Vogue, with her daughter, Alexis Olympia Ohanian Jr. Inside, she recounts her experience with childbirth. While recovering from an emergency C-section, Williams describes feeling short of breath. She immediately knew what was happening: She was having another pulmonary embolism (she has a history of blood clots, a condition that nearly killed her in 2011). Despite resistance from her doctors, she insisted on a CT scan, which revealed small blood clots that had settled in her lungs. Read her dramatic story here. And it's a story that isn't so unusual. As Barbara Levy, vice-president of health policy at the American College of Obstetricians and Gynecologists, told The Washington Post, women often ignore their instincts when it comes to their health: "We allow the more intellectual piece to take over, but we know our bodies better than anyone, and we cannot discount that."

Behind this warm and welcoming facility is property manager Snjezana Gacesa, who has worked at the complex – which includes 39 families and 60 seniors – for 23 years. She's made the focus of her job improving the lives of her residents, especially seniors and low-income families who have recently immigrated to Canada (she herself arrived from former Yugoslavia when she was 15).

Every day, Snjezana finds new ways to help. Over the years she's assisted hundreds of people in getting jobs. For newcomers, she holds English classes. And she regularly organizes fundraisers to help her community get ahead. Her dedication hasn't gone unnoticed. Recently, a local corporation honoured her with an Exemplary Citizenship Award for Relief of Poverty.

And even though Snjezana, who will turn 76 this month, has been battling breast cancer since last March, she's never taken a sick day.

Her passion for her community and volunteering keep her coming to work. "The greatest reward somebody can get is to see someone you've helped is doing well," she says. "I am a better person because of these people. You learn so much from each one of them."

Amplify: How becoming a mother changed my relationship with my phone
January 12, 2018 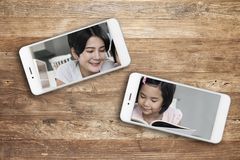 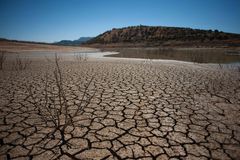 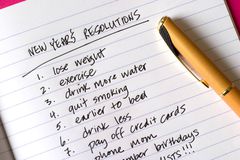