But that's to be expected right? 'Tis the season of overindulgence after all! Still, as we stand on the precipice of a new year, many of us begin to switch from feeling like a content stuffed turkey to feeling guilty about feeling like a stuffed turkey. Enter: New Year's Resolutions.

Hi, I'm Madeleine White, The Globe's Assistant National Editor. Day to day, I work with our roster of news reporters who cover stories like the recent deaths of Barry and Honey Sherman or the appointment of Justice Sheilah Martin to the Supreme Court in November. But today, I want to talk about something a bit more quotidian – the tyranny of resolutions and the kind of never-ending drive for perfectionism that Jessica Bennett describes in her ever-relevant Time piece from 2014. (It's not just you, she explains. Women tend to struggle with perfectionism disproportionately.)

There is probably no more clichéd New Year's resolution than losing weight. If you haven't tried it yourself, you probably know at least a dozen people who have. But this year, if you're feeling the urge to "detox" or pick up on the latest diet trend of chicory root fiber or Stevia 2.0, stop and ask yourself, "why"? Why is this on your list of self-improvement?

While we mull on those questions, maybe take a minute and read this insightful piece on body positivity by Evette Dionne from Bitch magazine. In it, Dionne chronicles the body positivity movement's radical history and how it has transformed to be mainly about fashion and hashtags. "The current body-positivity movement has failed to address this systemic discrimination as its foremothers did. Instead, the movement has focused on feelings and empowerment as a means of opening it up to all instead of zeroing in on those who still face rampant discrimination."

Dionne reminds us that only certain fat bodies have achieve a modicum of success in terms of acceptance by mainstream culture in North America, and there's a correlation between them and the profitability of their activism. For example, it's way easier to make a buck off of a seemingly body positive new fashion line, than it is to pressure legislatures to combat discrimination against fat people by their employers.

And even the fat-ivists who are out there blazing trails for women of all shapes and sizes still get slapped with "concerns" about their health. In the past, I've publicly declared myself a "fit but fat" person – I don't care about losing weight, but I do care about being healthy. So, as I read that part of Dionne's essay, I couldn't help but hear a little voice in my head that said "Yeah, but what about all of the studies that link obesity to heart disease and diabetes?" I mean, we often refer to obesity as an "epidemic" or a "public health crisis".

People can discuss the merits of health concerns regarding obese people all day, but I think one thing that shouldn't be debated is our level of judgment of other people's bodies. And for me that's what is at the heart of the body positivity movement: Don't make assumptions about who people are based on their weight and, maybe, be a bit more forgiving the next time you step on a scale.

As for New Year's resolutions, I think we should all try to take after Globe feature writer Gayle MacDonald's lead and strive to be a bit happier in 2018.

And maybe, for some of us, the key to happiness might be ditching resolutions all together.

Shout out to all my STEM-intrigued ladies! Part of my job involves helping to decide The Globe's science coverage, so I'm often reading other publications' science journalism. This week, Joanna Klein's super cool piece in The New York Times on deep sea creatures and their diets caught my eye. As a fan of sci-fi-horror writer H.P. Lovecraft, this paragraph in particular stuck with me: "The species [Gonatid squid] ranges in size from six inches to a foot long, but it can consume fish bigger than its own body. To do so, the squid grasps onto its prey with tentacles lined with hooks and suction cups. Then it pierces the fish's brain with its beak, which is creepily located right between the squid's eyes. It bites off pieces of fish flesh, which it chews and swallows through an esophagus in the centre of its brain." Gross … but also cool … the more you know, right!?

When you think about the typical ways a 15-year old spends her time, building apps may not be at the top of the list. But that's just what Brampton Ont.-resident Aashna Agarwal has done: Specifically, she's created an app to help people who suffer from Alzheimer's disease focus on long-term memories and cognitive functioning.

Aashna was always drawn to coding and computers. So when a specialized program at her high school asked her to learn a new skill to help solve a social issue, she decided to teach herself how to build an app.

The Alzheimer's focus came from Aashna's experience watching her paternal grandmother struggle with the disease. She wanted to find a way to help her Amma (what she calls her grandmother in Hindi) hang on to her memories, after being diagnosed at age 63, when Aashna was four. "She'd slowly forget the names and faces of family and friends around her," says Aashna.

She spent countless hours teaching herself a handful of programming languages, including Javascript and RobotC. A few months later, she built an app she called Alzheimer's Memory Making App (AMMA for short).

Patients use the free app by uploading personal photos to an album and adding details, like who is in the photo and where it was taken. The photos then create a personalized flashcard memory game.

When Aashna hit roadblocks, such not understanding the complex syntax for Swift Playgrounds and Xcode, she turned to tutorials on the internet. She also reached out to several coding experts at Apple for their advice when she found herself stuck.

But Aashna wasn't only after helping her own grandmother. After much persistence, she was able to make AMMA available in the Apple App Store in August, and plans to do the same for Android. She's also working with the Alzheimer Society of Peel to help broaden her audience.

Someday, Aashna wants to study neurology and hopes her programming skills will come in handy.

In the meantime, she takes pride in her grandmother benefiting from her hard work and says watching her use the app, and begin to remember the forgotten names of family members, was a "very special moment."

Amplify: Some respite in a turbulent news year
December 22, 2017 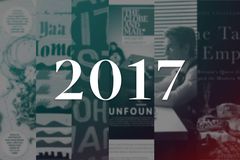 Amplify: There still aren’t enough female voices in parliaments around the world
December 15, 2017 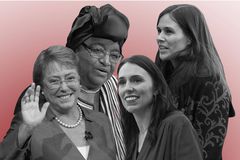 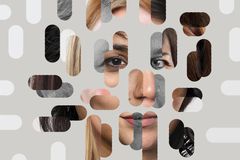 Follow Madeleine White on Twitter @JournoMaddie
Report an error Editorial code of conduct
Due to technical reasons, we have temporarily removed commenting from our articles. We hope to have this fixed soon. Thank you for your patience. If you are looking to give feedback on our new site, please send it along to feedback@globeandmail.com. If you want to write a letter to the editor, please forward to letters@globeandmail.com.
Comments are closed