Toronto is one of the most congested cities in North America, something that costs our economy $6-billion every year, according to the Toronto Board of Trade. The impact on families is just as bad. The average Toronto commute is 24 minutes longer than in Los Angeles: That's 100 hours a year better spent playing with children, exercising or even working a little longer to save for vacation. This is a quality of life issue, not just an economic one.

Major transit systems in Toronto are built and managed by the Toronto Transit Commission, an organization that came into its own in the 1940s with the construction of its first subway. Today, the TTC is a designated essential service moving more than 1.5 million customers every day.

The TTC is a jewel in Toronto's crown – but it has lost its shine. It has become a large, inefficient organization. Just over a year ago, I told the TTC it needed to make serious improvements. I wanted to see cleaner vehicles, subway stations and better customer service over all. While the TTC has made some changes, real improvement requires top-down leadership. It's not just another project.

The TTC's core business model was developed at a time when federal and provincial governments provided major operating subsidies. Rightly or wrongly, that time is over. It's time for the organization to undertake a complete rethink of its mission, vision and fundamental business model. The TTC needs to reduce its cost base while maximizing the value of its real-estate assets, its retail opportunities and its licensing opportunities. In short, a new leader is required to reshape the TTC and move it forward with a vision that will serve Toronto to the end of this century.

The TTC must become a sustainable, world-class transit system that connects people with jobs, homes, families and recreation. It must be rapid and reliable. Operational excellence should produce superior customer satisfaction and outstanding efficiency. This will attract new riders out of their cars, reducing congestion and commuting times.

A hundred years from now, Toronto will have more subway lines providing reliable high-speed transportation for millions more people. The only real question is whether we will start building those subways now, or wait another 20 years and build them at 10 times the cost. Inevitably, though, we will have subways.

I believe we should start building subways now. And we shouldn't stop.

We can afford subways. Gordon Chong's recent report on the Sheppard subway identifies a number of revenue sources, including development charges and tax increment financing. His estimates are conservative and many industry sources say these can produce more revenue than he projects. Dr. Chong also identifies a number of additional revenue tools that can fill in any funding gap that may exist.

According to KPMG, a modest parking levy could generate more than $90-million annually. That would fund a public-private partnership model to build the Sheppard subway and generate ongoing revenue for future subway expansion. Some partnership models don't require any taxpayer funding in the first few years. Parking revenue during those years could fund early implementation of a bus rapid transit solution in the Finch corridor. With such funding available, Toronto should move forward with a Sheppard subway plan.

With a revitalized, modernized TTC and a commitment to start building subways now and keep on building them, Toronto will continue as Canada's economic engine. In fact, Toronto can become the world's preferred city for raising a family, building a business and enjoying an urban vacation. The time to start is now. 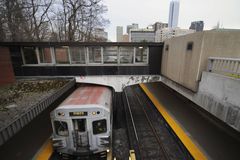 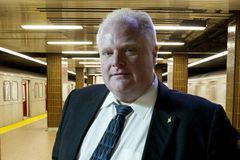 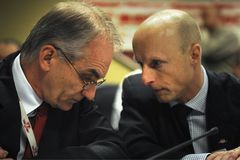 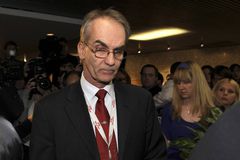 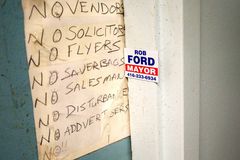