Bacon and eggs for breakfast is a guilty pleasure in our household. We have it once a week to reward ourselves for six straight days of bran buds and skimmed milk. We call it the "heart attack on a plate."

Heart disease runs in my family, so I have to be careful. My dad, a born bacon-and-eggs man, spent the last 30 years of his life watching his cholesterol like a hawk. He was sentenced by his doctor to a diet of egg whites, lean meat and Mrs. Dash. He lived till 83, although it must have seemed like longer.

Poor Dad. He gave up all his favourite foods for nothing. It turns out that for most people, the cholesterol in the food you eat has little or no connection to the cholesterol in your blood, or to heart disease either. "There's never been a single study that showed higher egg consumption is related to higher risk of heart disease," Walter Willett, a nutrition scientist at the Harvard School of Public Health, told New York Magazine recently.

Last month, in an epic climbdown, the U.S. Dietary Guidelines Advice Committee, whose guidelines influence millions of people, finally dropped its recommendation to restrict cholesterol. "Cholesterol is not a nutrient of concern for overconsumption," it said. So go ahead – eat all the eggs you want.

Just about everything we thought we knew about the evils of cholesterol and fats has turned out to be wrong. The doctors, the nutritionists, the dietitians, the heart societies, the experts at Health Canada, the food pyramid that hung on the wall in school – the entire health and medical establishment, in fact, have been perpetuating a big fat fraud.

It gets worse. Obviously, if you cut down on one food, you have to replace it with something else. Over the past 30 years, we've replaced "bad" foods like red meat, milk, eggs and butter with grains, pasta, starchy vegetables and refined carbohydrates laced with sugar. These foods turn out to be even worse. They're the reason that rates of obesity, diabetes and heart disease are soaring. In other words, the diet advice we've been force-fed all our lives has actually made us fatter and sicker.

Virtually all the increase in calories in the past 30 years has come from carbohydrate foods. Meanwhile, we've cut fat intake by 25 per cent. We gave up eggs and butter and switched to lean meat – and got fatter. "Americans have been the subjects of a vast, uncontrolled diet experiment with disastrous consequences," Nina Teicholz wrote last month in the New York Times.

Ms. Teicholz's book, The Big Fat Surprise, is an astonishing account of the flawed science, bias, vested interests and groupthink that have gripped the health establishment for decades. It all started with a physiologist named Ancel Keyes, who claimed he'd found a link between fat intake and heart-disease mortality. Americans ate lots of fat and had high rates of heart disease; the Japanese ate very little fat and had very low rates of heart disease. Evidence for the "heart-health hypothesis" was shaky, but it soon became an article of faith.

You don't have to go far to find counterfactuals. For years, people have been puzzling over the "Inuit paradox." The traditional Inuit diet is mostly protein and fat, which meant they should have been dropping dead from heart disease. In fact, they had almost none. It's Western diets that make them sick. The Masai, a herding tribe in Africa, traditionally eat nothing but red meat, whole milk and cattle blood. Their cholesterol is phenomenally low.

In fact, a large number of large, randomized clinical trials, going back for decades, turned up no link between heart disease and dietary fat and cholesterol. The trials were ignored. The status quo had become entrenched and dissenting voices found it hard to be heard. As one researcher told Ms. Teicholz, "In the nutrition field, it's very difficult to get something published that goes against established dogma."

The food fight is far from over. The experts are still wrangling over salt, which (according to persuasive new research) is fine after all. The Dietary Guidelines Advice Committee continues to advise us to cut down on meat, which critics say is ridiculous. (Everyone agrees, however, that you should stay away from sugar.)

What's abundantly clear is that a great deal of health and nutrition advice depends on fads, not science. And many vested interests have a stake in the status quo. The food-processing industry has made a fortune peddling essentially unhealthy junk as "low-fat." The medical-pharmaceutical industry is heavily invested in the myth (as several doctors I know call it) that every man of middle age or older must take statins. Nutritionists, diet experts, and other health nannies believe with all their hearts that meat is bad, fat is bad, salt is bad and we'd all be better off if we ate like rabbits. And if you're fat and sick it's all your fault, because you aren't listening to them!

If only we'd ignored their advice and learned to eat like my great-aunt Finney. She was a jolly, broad farm wife who consumed mountains of meat and whole milk and eggs, stayed away from processed and fast food (there wasn't any) and never saw fresh fruit or vegetables for months on end. She got a lot of exercise, but she didn't know a thing about nutrition and never watched what she ate. I doubt she'd ever heard of cholesterol or saturated fat. Despite her ignorance, she was healthy as a horse and lived to a ripe old age. 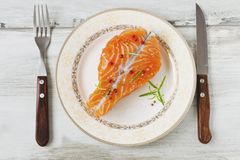 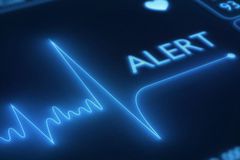 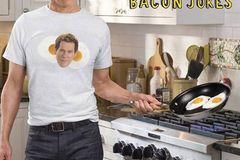