John Carpay is president of the Justice Centre for Constitutional Freedoms, which intervened in Trinity Western University v. Law Society of Upper Canada.

The Ontario Superior Court of Justice dealt a harsh blow against the basic freedoms of all Canadians last week, by upholding the decision of the Law Society of Upper Canada (LSUC) refusing to recognize the law program of Trinity Western University (TWU). TWU is a private evangelical Christian university in Langley, B.C.

The Federation of Law Societies of Canada has approved the law program of TWU as meeting academic and professional standards. The LSUC admits there is nothing wrong with TWU's law program; its graduates will be fully competent to practise law. But the LSUC claims that TWU's code of conduct discriminates against the LGBTQ community. The code prohibits numerous legal activities, such as vulgar or obscene language, drunkenness, viewing pornography, gossip and sex outside of the marriage of one man and one woman. Nobody is required to submit to TWU's standards. Students voluntarily decide to study law (or teaching, nursing, etc.) at TWU rather than at another university.

The LSUC is correct in observing that a married same-sex couple could not study law at TWU. But the same holds true for any unmarried people who do not wish to practise celibacy, not to mention marijuana smokers, heavy drinkers, pornography-viewers and the foul-mouthed.

The court's "discrimination" mantra is a half-truth, which, as Canadian humorist Stephen Leacock once said, is like half a brick: It will carry further. TWU "discriminates" against anyone who disagrees with a traditional religious moral code. Every charity, political party and ethnic association discriminates against those who disagree with its select beliefs or practices. Forcing majority beliefs on organizations destroys the distinct characteristics of each one, and attacks the authentic diversity that is the hallmark of a free society like Canada.

The LSUC does not require Ontario's lawyers to espouse "correct" views on sex and marriage. Nor is there any evidence that Christian, Muslim, Orthodox Jewish and other religious lawyers treat LGTBQ people poorly. Yet the LSUC – now with the court's approval – won't recognize a law degree solely because the person who earned that degree decided, while studying law, to join others in a religious community where people share a personal commitment to traditional marriage. The LSUC welcomes Christians to the Ontario Bar as individuals, but not if these same individuals chose to join a community and practise traditional morality while studying law.

The court has now ruled, effectively, that those who disagree with TWU's beliefs about sex and marriage are able to use government's coercive powers to impose their own moral beliefs on this private and voluntary association.

Celebrating this facile ruling as another victory for gay equality rights ignores the fundamental freedom of all Canadians to create, join and maintain the voluntary associations of their own choosing. It ignores the importance of this freedom to gay people, who in the 1960s and 1970s relied on freedom of association to meet in support groups, hold parades and form civil rights groups.

In their time and place, gay people were as out of sync with mainstream society as evangelical Christians are today, and faced the same calls to be denied equal legal access to employment and their own liberty. The court's logic could be used by fundamentalist Muslims or Christians to force ideological changes on Out For Kicks, Vancouver's LGMTQ-friendly soccer league, by complaining that its gay-positive beliefs "discriminate" against people who see gay sex as sinful.

Before testifying in court, a witness promises to tell "the truth, the whole truth and nothing but the truth." A half truth does not provide the reliable evidence needed for a just ruling. Grounded in the half truth of TWU "discriminating" against the LGBTQ community, and ignoring the whole truth that every voluntary association in Canada's free society "discriminates" against those who disagree with the association, the Court's reasoning is flawed because it lacks a solid basis in reality. It diminishes Charter freedoms through a misguided understanding of "equality" as a legal right to impose changes on an association that one disagrees with.

This ruling against TWU's Charter freedoms also undermines the freedom of every other voluntary group. It hurts all Canadians, including religious communities and the LGBTQ community. 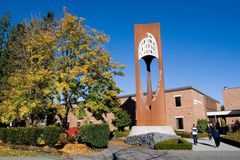 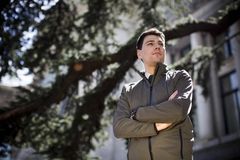 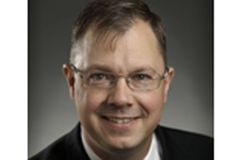