Justin Trudeau's victory last week made giddy headlines around the world. The coverage made liberal use of the word "landslide," and the storyline was clear. A young, progressive, charismatic leader (insert hot boxing photo here) came from behind to knock the nasty, mean old pro out of the ring. Hope conquered fear. Light conquered darkness. Canada rejoined the mainstream of enlightened countries. And a political star was born.

The BBC even tracked down experts to analyze the significance of Mr. Trudeau's shoulder tattoo (a stylized Haida raven). "He speaks to a generation of people who are looking for something different in terms of leadership and their sense of self, style and approach to civic engagement," explained Michael Atkinson, a sociology professor at the University of Toronto who is the author of a book on the subject. "His tattoo is a good indicator of the man, and what he represents."

What people outside Canada don't understand is that one party or the other can get a big majority of seats with less than 40 per cent of the vote. Whether this is right or wrong is a subject for another day. (Mr. Trudeau has promised electoral reform, although in the current circumstances it's hard to see why he'd bother.)

Nor would it be fair to call the Conservatives' defeat a collapse: They managed to hang on to nearly 32 per cent of the vote (in the same range as last time) and a respectable 99 seats.What made the difference was the voter turnout – at least 68 per cent, compared with only 61 per cent in 2011. Those extra voters went elsewhere.

No one should belittle Mr. Trudeau's victory. He led the Liberals to an impressive comeback. But the global media's view that Canada has entered a new era reflects a certain amount of wishful thinking. The New York Times ran multiple opinion columns along these lines. One was called "Camelot comes to Canada," not-so-implicitly comparing our new leader with you-know-who. Another one was called "Keynes comes to Canada." This one, by the right-wing scourge Paul Krugman, argued that Canada has finally come to its senses by rejecting the destructive path of economic austerity that has done untold damage to the Western world.

Mr. Krugman handily ignored the fact that Stephen Harper ran six years of deficits in response to the crisis of 2008 – a classic Keynesian response if there ever was one. He also ignored the fact that Mr. Trudeau trashed Mr. Harper for this. But never mind. The storyline is just too good to resist, even though it's wrong. The paper rounded off its coverage with a piece by a notorious anti-Harper columnist for the Toronto Star, rejoicing that we are free, free at last, from the ogre's evil grip. (What these people will write about from now on is a mystery.)

Many pundits, including some in this newspaper, have declared that the Conservatives are all but dead and the natural order has been restored. Don't be so sure. Pundits tend say these things after every big defeat (back in 2011, Peter Newman wrote a book called When the Gods Changed: The Death of Liberal Canada).

Yet the Conservatives lost far less of the popular vote – about 8 per cent – than the Liberals did when they hit bottom in 2011. It's amazing the Tories did so well, because vicious infighting among their top aides drove the campaign into the ditch. The Globe's Adam Radwanski wrote all about it. So much for Mr. Harper's reputation as a control freak.

What is clear from this campaign is that a party's leader matters more than ever. He, or she, is the message, the celebrity and the brand. Maybe Conservative hopefuls should find themselves an extreme sport and nice tattoo parlour. It couldn't hurt. 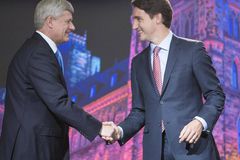 Opinion
For the Conservatives, an upside to Harper’s loss
October 26, 2015 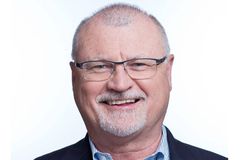