Paul Shapiro is the author of the forthcoming book Clean Meat: How Growing Meat Without Animals Will Revolutionize Dinner and the World.

As we sit down to our family dinners to enjoy the season, how the meat on our table got to us may not be the most pleasant topic of conversation. But how the meat of our future holiday dinner tables gets to us may be much more interesting. In fact, if a group of entrepreneurs working to grow real meat outside of animals succeeds, our holiday roasts may not look that different from now, but the way they get to our tables will be anything but ordinary.

The way most of humanity has obtained its meat for the past several millenniums has remained relatively stagnant: From the ancient Egyptians to today's North Americans, we've bred, fed, raised and slaughtered animals. Yes, things have gotten much worse for farm animals in the past 75 years with the advent of factory farming – and its associated cages, hormones and other ills – but the basic premise of raising animals to put meat on their bones, and ultimately ours, remains the same.

But that may soon change, as a group of startups has proven that it's possible to divorce meat production from livestock-raising, and they're now racing to commercialize the first "clean meat" humanity has known. Simply by taking a sesame-seed-sized biopsy of an animal's muscle, we can put those muscle cells in a fermenter and cause them to grow just as they would inside the animal's own body. And since this involves only producing the muscle and not the rest of the animal, the resources needed to produce such meat are substantially fewer than the way we obtain meat today.

To be clear, these companies aren't making alternatives to meat; they're producing actual animal meat, simply outside of animals' bodies. It's called "clean meat" because, like "clean energy," it's cleaner for the planet. After all, raising animals for food is a leading cause of greenhouse gas emissions, land and water use, antibiotic abuse, animal-welfare problems and more. That's a primary reason many sustainability groups are so enthusiastic about the prospect of clean meats hitting the market, which they're poised to do within just a few years.

But clean meats are also just, well, cleaner. The reason we're warned to treat raw meat in our kitchens with great caution now is because there's fecal contamination on it. E. coli, salmonella, campylobacter: These are all intestinal pathogens that can sicken us if we don't cook our meat enough. But when growing clean meat, you just grow muscle and don't need intestines at all. This absence of pathogenic bacteria is the reason why one startup working in this space, Memphis Meats, finds that its clean meat doesn't spoil nearly as fast as conventional meat.

Michael Jacobson, co-founder of the Center for Science in the Public Interest, is one of the many food-safety advocates cheering on clean meat. The man who's crusaded against the dangers of food additives such as trans fat and olestra is optimistic about the promise of cellular agriculture. "It's a good way to have animal products that would be a lot safer to consume and more sustainable to produce," he told me while I was researching my book. "I'd be happy to eat it."

Will everyone be as eager to consume clean meat as Mr. Jacobson? As someone who's already eaten clean duck, beef, fish, liver, chorizo and even yogurt – yes, all grown without living animals – I can attest that they taste great. But of course, some people may initially be less enthusiastic about eating foods they perceive as novel.

That said, if clean meat seems as though it's from a science-fiction movie, the meat we eat today is more firmly rooted in the horror genre. After all, much of it comes from animals genetically selected to grow so fast they could barely walk. They're confined indoors at all times, never see the sun, never step foot on a blade of grass, are pumped full of antibiotics and hormones and when it comes to hearing about how they're slaughtered, most of us understandably prefer not to know. And the problems for the farm animals are bad enough, but our raising of them is a leading cause of wildlife extinctions, too. In fact, the World Wildlife Fund reports that the majority of global biodiversity loss stems from animal agribusiness.

So when we consider just how unnatural, unsustainable and inhumane meat production is today, clean meat seems like the naturally preferable option.

In addition to these clean meats, we already have another alternative available to us now: delicious plant-based meats that often really do taste like "the real thing." These products are taking off in popularity, with even Maple Leaf Foods – Canada's largest meat producer – recently buying two major plant-based meat brands, Field Roast and Lightlife.

Between the plant-based meats we already have today and the clean meats we're likely to have in the near future, we're now seeing the growth of a new agricultural sector that could do to factory farms what clean energy is beginning to do to fossil fuels.

As we enjoy our time with loved ones this holiday season and offer thanks for the many blessings we have, we may want to pause for a moment to consider our food. Yes, we've inherited a method of meat production that presents many difficulties for us, our planet and its inhabitants. But let's give thanks for those working to help solve these problems by providing us with the foods we love, with a much smaller footprint to bring them to us. For them, we should be grateful.

Alberta food scientists try to pin down exactly what influences the taste of beef
October 23, 2017 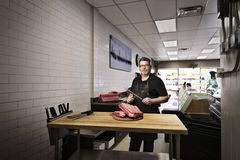 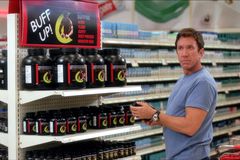