Prostitution law in Canada has been at the forefront of a heated public conversation ever since a case challenging the current laws as unconstitutional was initiated in 2007. That case, Bedford v. Canada, is scheduled for hearing on June 13 at the Supreme Court of Canada, and the outcome will not only have an impact on women working in the sex industry, but will be symbolic in terms of Canada's position on women's rights and gender equality.

This debate is often inaccurately positioned as one that is two-sided, presenting two opposing perspectives on prostitution: legalization or total criminalization. But there is a third option, one that is advocated for by feminist groups, indigenous women's groups, and prostitution-survivor organizations. Based on legislation adopted by countries with exemplary records in terms of gender equality such as Sweden, Norway and Iceland, this model decriminalizes prostituted women and criminalizes the pimps and johns. This position is also known as an abolitionist model, as the principle behind it is that prostitution is a product of inequality and that society should, therefore, work towards an eventual end to the industry.

Bedford v. Canada was initiated by lawyer Alan Young. He brought on three women – Amy Lebovitch, Valerie Scott and Terri-Jean Bedford – to serve as applicants. Ms. Bedford, who is most prominent in the public eye, is a former sex worker whose S&M dungeon was raided in 1994. She was subsequently charged with operating a bawdy house.

Both Mr. Young and Ms. Bedford have stated that the priority, with regard to this case, is to strike down the bawdy house law, rather than the communication law. Rather than being about "sex worker rights," efforts to fully decriminalize prostitution merely work to support the "rights" of men to buy sex from women or profit of off the sale of women. Were the Supreme Court to strike down the bawdy house law, prostituted women working the streets would remain criminalized, marginalized, and vulnerable, lacking any support or avenues through which to exit the sex trade. Those women are not the ones who would be allowed into these supposedly "safe" legal brothels.

Women's organizations propose a more holistic solution that also addresses the gendered aspect of prostitution. Knowing that it is women who make up 80 to 90 per cent of prostitutes and that the these women experience violence at the hands of male pimps and johns, it is imperative that the solution be a feminist one. Rather than abandon women working the streets (who tend to be marginalized due to factors such as poverty, addiction, a history of abuse, and racism) to the whims of the market, abolitionists are urging Canada to look towards a more progressive alternative, such as the Nordic model, which criminalizes the purchasing of prostitution, not the selling.

While the laws must change if we are to curb demand and stop the violence faced by prostituted women, abolitionists look beyond legislation. Central to this model are comprehensive exiting services, job training for women who wish to leave the industry, a viable welfare system, and a public education campaign that teaches society that women are more than simply bodies to be bought and sold. The idea is that women deserve better options than prostitution and should not have to resort to selling sex in order to survive. Canada cannot treat prostitution as a social safety net.

Aboriginal women's groups in Canada have all come out in favour of this model, pointing out that indigenous women are far overrepresented in the industry, particularly in the Downtown Eastside of Vancouver (where at least 60 mainly aboriginal women have disappeared over the last 30 years). Organizations such as Vancouver Rape Relief and Women's Shelter, the Canadian Association of Elizabeth Fry Societies, and the Canadian Association of Sexual Assault Centres, have joined forces with NWAC and several other women's groups in order urge the Court to place a priority on women's equality and human rights in this decision. Calling themselves The Women's Coalition for the Abolition of Prostitution, this group has intervener status in the upcoming hearing and will argue in favour of removing criminal sanctions for women in the sex trade, instead targeting pimps and johns.

Let's be clear. The Bedford case was never about helping women working the streets on the Downtown Eastside or the illegal immigrants trapped inside "massage parlours." It isn't about working towards a society that sees women as equal and of deserving dignity and respect. It is not about women's rights or "sex worker rights." The public has been duped by misrepresentative framing of both this case and the debate surrounding prostitution law. The only rights that will be gained should the Bedford case succeed are the rights of men to buy sex from women who have no alternative in terms of their survival and the rights of pimps to be seen and treated as legitimate business owners.

If you want real equality for women, there is an alternative.

Meghan Murphy is a writer and a journalist from Vancouver, B.C. Her website is Feminist Current. 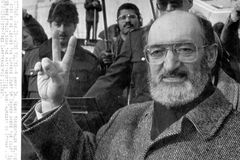 Opinion
It’s time for Canada to abolish criminal laws against sex workers
May 28, 2013 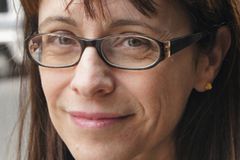 Women’s coalition plans to argue against legalizing prostitution
May 29, 2013 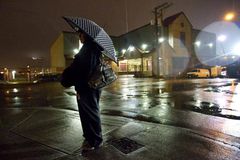