October, 2015, cast a shadow over Canada's Conservatives. Their support declined nationally. They held their ground in many rural areas; elsewhere, they retreated.

The party did especially poorly in urban Canada, except for one place: Quebec City, where the Conservatives advanced. That advance was credited not just to the attention that Prime Minister Stephen Harper's government had lavished on the city and its surroundings, but to one candidate with broad political shoulders, Gérard Deltell.

Mr. Deltell, 51, had been a well-known television journalist and then a prominent member of Quebec's centre-right third parties: the Action démocratique du Québec, which gave way to the Coalition Avenir Québec. He was touted as a "star" Conservative candidate, and he delivered.

Mr. Deltell didn't just win last October; he crushed his Liberal and NDP opponents, capturing 50 per cent of the vote in the Quebec City riding of Louis-Saint-Laurent. His presence helped the Conservatives take five seats in the region.

Very quickly in Ottawa, his Conservative colleagues took notice of this newcomer. He's good in Question Period, having honed his debating skills in the Quebec National Assembly and having spent two decades on television. He often stands beside interim leader Rona Ambrose to explain the party's message in French. His English is very good, although accented, sort of like Jean Chrétien's without the raspy tone.

Mr. Deltell jumped into federal politics from centre-right parties in Quebec, but, unlike most new Tory candidates, he actually had a long connection to the party's forerunners. He joined the Progressive Conservative Party in 1981 at the age of 17, supported Joe Clark and considers Brian Mulroney a friend and a role model.

When he announced his Conservative candidacy, Mr. Deltell told reporters: "I'm a bleu, a real bleu, an old bleu," using the French description for a conservative. "I'm coming home and I'm very happy." A shelf of books in French and English is filled with books about Canadian national politics over the past three decades.

He ticks off a number of Conservative/conservative boxes. He's quite pro-military. His father (a pied-noir from Algeria who emigrated to Canada in 1958) fought in the Second World War. Mr. Deltell grew up near the Valcartier military base.

He's a conservative on fiscal issues, preferring a reduced role for the state and, where possible, balanced budgets. In addition to Mr. Mulroney, he admires former British prime minister Margaret Thatcher and former U.S. president Ronald Reagan. He's a very strong federalist, while also being a defender of Quebec's jurisdictions. Although critical of Mr. Harper's style, especially his relations with the news media, Mr. Deltell admires the former leader's economic record and strongly defended it during the election campaign.

Mr. Deltell hails from a city with many public servants, but he's no friend of public-sector unions, which are especially strong in Quebec. He is convinced that, despite Quebec's reputation for leaning left politically, almost a third of the population is actually fiscally conservative.

Where does Mr. Deltell go from here? He brushes aside ideas of the party leadership, although he acknowledges that at least some caucus colleagues have floated the possibility that he might grasp for the brass ring.

He isn't well known outside Quebec, obviously. And raising money for a leadership campaign, perhaps $5-million, will be a challenge for all candidates. His English, while quite acceptable, would need polishing. He would have to master a host of issues.

French speakers say: "La politique nous réserve des surprises." Take a look at the talked-about Conservative candidates. They are not world-beaters, to say the least.

Jason Kenney has the strongest potential machine of social conservatives, right-wingers on the economy, old Reform Party advocates and a Rolodex of ethnic supporters from his time as the party's point man for multicultural groups. It's highly doubtful, however, that he, another Albertan, could win the country.

The party might be ready for a Quebecker with no ties to the controversial Harper government, bilingual, new but with political experience, someone who ticks many Conservative/conservative boxes. A Deltell candidacy at this point would seem unlikely, but qui sait? 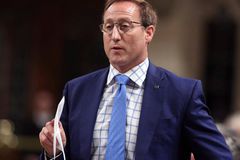 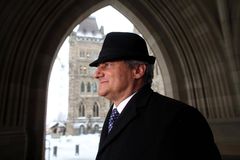 Desire for fresh approach undercurrent in interim Conservative leadership race
November 3, 2015
Follow us on Twitter @globedebate Opens in a new window
Report an error Editorial code of conduct
Due to technical reasons, we have temporarily removed commenting from our articles. We hope to have this fixed soon. Thank you for your patience. If you are looking to give feedback on our new site, please send it along to feedback@globeandmail.com. If you want to write a letter to the editor, please forward to letters@globeandmail.com.
Comments