Governing is so much more fun with a majority, as Prime Minister Stephen Harper reminds us every day.

Opposition parties can yell and scream all they want, but the Conservatives don't have to listen. They can kill the long-gun registry and bring in an omnibus crime bill and simply plug their ears when Liberals and New Democrats get up in the House of Commons to complain.

The latest move by the federal government to upset the Opposition is a plan to streamline – some would say neuter – the environmental assessment process. The Conservatives have been telegraphing this one for a while.

Mr. Harper has staked the economic future of the country on the resource riches of The West, and why not? In particular, the Prime Minister is focused on helping Alberta get its crude to market as quickly as possible. Future federal budget surpluses depend on it.

In the Prime Minister's home province of Alberta, they still talk about the Mackenzie Valley gas pipeline project, which ultimately died, in part because of a burdensome regulatory assessment process that dragged on for years. Mr. Harper wants to ensure that when it comes to the oil sands, Canada is able to strike while the oil market is hot.

Of course, any move to reduce federal oversight of natural resource projects was bound to cause trouble. Environmental groups are already accusing the Conservatives of selling out to Big Oil and rolling the dice on environmental stewardship. The Conservatives don't care. They're too busy remaking the country in their own image.

The fact is there is much about the new policy that makes sense. There is unnecessary overlap between the provinces and Ottawa when it comes to the assessment process. There's no reason why so many projects need to go through a two-step procedure, in which proponents are asked many of the same questions by separate groups of environmental officials.

The Conservatives' proposal will eliminate much of that duplication and also exempt smaller projects that pose little or no environmental risk from the review rules entirely.

Environmental groups, meantime, are upset that the changes will infringe on their ability to speak before federal review panels. The proposed legislation cuts them out of the process unless they can prove they are directly affected by the proposal in question or have a specific expertise related to it.

Again, this isn't entirely evil. What does a review hearing gain from listening to dozens and dozens of environmental groups, many of whom are making essentially the same point? It doesn't help better inform any final decision. It merely drags the process out longer.

It seems the new rules will apply retroactively to the Northern Gateway hearings, where a staggering 4,000 people are scheduled to speak before the three-member panel vetting the project. It's doubtful that many of those will now get the chance to express their views.

Could this potentially backfire on the Conservatives?

It's difficult to see how this doesn't represent a seminal moment for an environmental movement that currently seems lost and on the defensive. Saint David Suzuki has admitted as much himself. In the Conservatives, the country's green crusaders are facing a formidable opponent that has made creating jobs its No. 1 goal and Canada's booming resource sector its means of achieving it.

The perception among environmentalists that Ottawa is forfeiting their right to formally speak out against contentious projects, while concurrently weakening assessment standards, could prompt a general call to arms. Who knows?

What is certain is that while the government will be cutting out a lot of regulatory red tape with the new legislation, its environmentally related headaches are far from over.

There is substantial public opposition in B.C. to the Gateway project, as well as recently announced plans by Kinder Morgan Energy Partners to expand the Trans Mountain pipeline from Alberta to Vancouver. Moreover, there isn't a proposed resource project in B.C. that isn't complicated by the legally protected (and potentially project-killing) involvement of first nations.

Their voices of opposition are on the rise. And that's something even a majority government can't pretend not to hear. 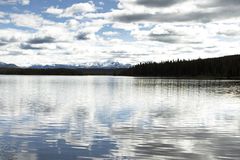 Ottawa elbows regulators in quest for final word on pipeline approvals
May 8, 2018 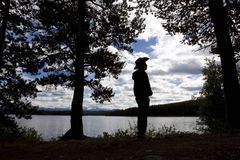