John Baird is in the midst of a historic visit to a troubled Middle East where violence, intimidation and extremism are in the ascendancy.

This is a seemingly risky venture for the Foreign Minister of a country that failed in its recent bid for a UN Security Council seat due to Arab opposition, whose Prime Minister won opprobrium by undercutting a Barack Obama-sponsored G8 statement respecting the renewal of Israeli-Palestinian negotiations and whose negative approach on landing rights with the United Arab Emirates caused Canada to lose its cost-free military base in that country.

It now appears we are in a world of "new think," where we just might succeed in maximizing benefits to the government and, in many respects, to Canadians as a whole. The calculation appears to be that with many of the regimes in the region under military, political or economic threat, they will see advantage in closer relations with Canada because their basic needs outweigh their commitment to the Palestinian cause. Street opinion in the Arab countries that Mr. Baird is visiting will remain very sensitive to the Palestinian reality, but the forces that count in autocracies are governments, which would appear to have a different view. Their seeking the opportunity to meet Mr. Baird suggests as much.

Potential trade and investment opportunities are highlighted by Foreign Affairs in preparation for the visit. There is logic to this. There is, for instance, a significant, continuing rise in oil production and exports in Iraq. Last year's output – despite profound violence – has doubled to that in the last year (2002) of Saddam Hussein's rule. It has significantly cushioned Iran's falloff in exports to the international market due to sanctions. Accelerated oil field development in Iraq is moving into high gear, hence significant opportunities exist for Canadian industry.

Our opening a diplomatic mission in Baghdad, to be housed in the British embassy, under the Canada-U.K. premises-sharing agreement, makes solid financial sense, costs being the primary reason that drove us out in 2006. And our posting a regional specialist, Stephanie Duhaime, who is fluent in Arabic, as chargé d'affaires is to be lauded.

Commercial opportunities run up and down the Gulf coast very much, including the Emirates, Bahrain and Qatar, all of which Mr. Baird will have seen on his visit. About 27,000 Canadians live in the Emirates alone; we export approximately $1.5-billion worth of goods and services a year. Per capita income is about $50,000 a year.

But trade is not the only driver.

All the Arab Gulf States feel threatened by Iranian ambition in Tehran's search for regional Great Power status, in its competition with Sunni Islam, in its ideological fervour to reconfigure the Arab world. In a climate where white stands against black, good against evil, all of these perceived threats are shared by Canada, often with reason. That's why in the past the Saudis advised the Americans to "cut off the snake's head." This remains the Gulf view on Iran today.

In Jordan, Mr. Baird pledged another $13-million (for a total of $24.5-million) for Amman's relief efforts directed at the more than 345,000 Syrian refugees now crowding its northern border areas. Jordan is a small country of about six million people that absorbed sizable numbers of Iraqis during the height of the troubles there. Its water supplies are desperately low, but its commitment to Western alliances firm as King Abdullah feels the pushes and pulls of the Middle East volcano. This moderate king gave a worrying interview in the Atlantic Monthly published on March 18, in which he said he was the victim of subversion by his country's Muslim Brothers who were aided and abetted by their counterparts, now in government, in Cairo. King Abdullah gave the distinct impression his crown sits steadily, that he is facing the same kind of seminal challenges his father Hussein did, but without the late monarch's charisma and astuteness.

Such a buffer state, autocratic as its government may be, deserves our continuing support. That is why unconfirmed rumours of Canadian provision of funds to enable the Jordanian Armed Forces to purchase military transport vehicles, whether to facilitate refugee relief or not, deserves our support.

Also, one hopes that Mr. Baird's three-day visit to Israel, and with the Palestinians, results in the renewal of at least some of the assistance Canada has provided the Palestinian Authority in past. If it happens, it's likely to be in the field of law enforcement and security: a narrow range that benefits Israel but also is an essential component of building a Palestinian para-state and thereby facilitating peace-building writ large. There is some risk that, in Israel, Mr. Baird may be swept away in rhetorical homage to the country, but if he can avoid this there are serious matters of common concern: jihadism, Syria and Iran to name the most obvious.

All this should prepare Mr. Baird well for next week's G8 foreign ministers' meeting in London, where he will speak from a very strong position given his just-completed visits to most of the region's flashpoints. Nor will his forthcoming London engagement be lost on his Middle East interlocutors.

Michael Bell, a former Canadian ambassador to Egypt, Jordan, Israel and the Palestinian territories, is the Paul Martin Sr. Scholar in International Diplomacy at the University of Windsor.

Ottawa helps Syria’s refugees, but won’t do anything to end the war
April 1, 2013 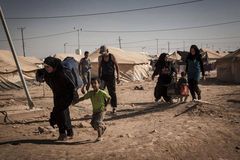 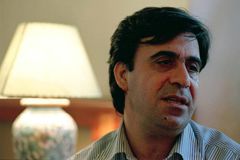