By the time you read this, the debate on what to do about the CBC will have calmed. You will likely be left with the impression that the CBC has to rethink and reimagine itself once more in the hope it can do more with even less. I submit that this is not the priority of the moment.

I want to focus on the issue that determines how good the CBC can be: money. The financial constraints the broadcaster lives under are pivotal to determining what it can do.

As things stand, the CBC is a prisoner of punitive policies that distract it from its mandate: serving Canadians. It's time to get it on sound financial footing once and for all. Here's how:

Let's call the whole charade off. The money is not worth the cost. As long as CBC receives an annual allotment, it remains a convenient whipping boy and an easy target for cost-cutting. Government should stop paying. Everyone should stop sniping. The CBC should be freed up to put all its effort into meeting its mandate.

Wait, you say – where's that money supposed to come from? Why, directly from us.

2. Have us pay directly for the services we so value.

Every poll confirms that Canadians value and want the CBC. Let's all pay for what we value directly instead of through our taxes. Simply add the allotment as a monthly fee to everyone's cable bill. An additional $8 monthly subscriber fee will generate more than $1-billion a year.

Wait, isn't this a new tax? No. It's a cable charge, exactly like the one every other broadcaster on basic cable collects.

Plus about $1-billion in federal funding would be freed up to send back to Canadians. Get ready to receive your cheque in the mail.

The harangue from private networks is familiar: The CBC is stealing ad dollars that should be theirs. Okay, let's just skip that argument and cede the ad money to the private sector. No more CBC advertising, period. That's an annual revenue loss of $120-million, but a gain of inestimable value to the CBC, which will no longer be developing programming with an eye toward ad money. The network will be freed to produce mandate-driven programming for Canadians. Sweet.

Really? Kill the subsidy then cut all ad revenue? How can the CBC live after that? Read on.

In 2014-15, the Canada Broadcast Fund budget is conservatively estimated at $368-million. The money is earmarked to support Canadian production for broadcast on Canadian channels.

The CBC currently gets a share of these funds, a total of $106-million in 2013-14. It's time to change the formula to make up for the loss in ad revenue.

Doing so enables the CBC to support more productions with greater benefit to Canadians. What the network produces will be truly and distinctively Canadian. The balance will still be available for the kinds of private broadcaster programming it currently supports, which is largely fill – private networks live off imported product.

Net additional cost to the production industry: zero. Net gain to the broadcast industry: $120-million or so in ad revenue the CBC gives up. Net gain to Canadians: more programming of direct relevance and value to them.

5. Designate the CBC as a charitable enterprise

Museums, theatres, dance companies, art galleries and so many other cultural institutions have it. So do TIFF, TVO, CFC and so many more. It's charitable status, and as one of the most important cultural enterprises in the country, the CBC should have it too.

The financial benefits would be significant. The CBC could begin receiving tax-deductible donations from the public, corporate and foundation sectors. It could be up and running with a fundraising machine in a year, tops. The annual returns could easily reach into the tens of millions.

Plus, there would be tax savings. Charities enjoy a significant break on HST. That would cut costs with no material impact on CBC output, leaving more money for programming.

6. Allow the CBC to benefit from success

The CBC is already a major exporter of Canadian culture. Programs it produces are sold into markets around the world. The rules for Crown corporations work against the network receiving financial returns on foreign sales – meanwhile, private networks can and do, which seems unfair. The CBC should be incented and rewarded for finding the most lucrative means possible to make sure the world gets more Canada. A rule change is in order.

The bottom line? We don't need the CBC to be less and do less. Rather, we need it to be more and do better. A clean, clear, predictable financial foundation will allow it to build new relevance, new meaning, new resonance and value for Canada and Canadians – to create Canadian public broadcasting for the 21st century. The sooner we replace debilitating policies with enabling ones, the sooner the CBC can get on with it.

Eds Note: An earlier version incorrectly stated that the CBC is the only broadcaster on basic cable that doesn't get paid for its content.

Opinion
Why does the CBC compete with newspapers?
August 14, 2014 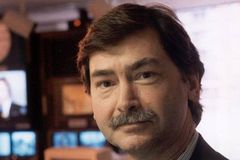