Tourist season is just around the corner in British Columbia's idyllic seaside capital. Americans by the droves will soon be wandering Victoria's downtown streets, dipping into the many shops, doubtlessly wondering what has happened to The Empress, the stately landmark hotel which is covered in white tarping thanks to a multimillion-dollar renovation.

But if they wander off the beaten track just a bit, up to the old provincial courthouse, they'll find a new attraction, one of which tourism officials aren't so proud. For it is there a new tent city has emerged, a domicile for scores of homeless people. And one that looks as if it will be around for a while thanks to a B.C. Supreme Court ruling this week that shocked many.

The encampment began to go up last November and has just grown in size ever since. There are now easily more than 100 people who call it home. Because it is a provincial courthouse, it was the province seeking a court-sanctioned eviction notice that has been granted on an almost routine basis in similar cases across the country.

But this time it wasn't, and Chief Justice Christopher Hinkson's judgment could have implications that reach beyond the borders of British Columbia, given the role precedent plays in our legal system.

What is unique and groundbreaking in this ruling, in my opinion, is the enormous compassion and understanding the judge displays for the defendants. The many affidavits from those living in the camp clearly had an impact on him. While he was not deaf to concerns expressed by the plaintiffs that there were legitimate health and safety issues associated with the community, it was his opinion that, on the whole, the occupants of the site were far better off occupying the green space they were in than the alleyways and on the sidewalks they previously called home.

"Ultimately," the judge wrote, "in determining whether or not to grant an interim injunction at this time, I find that the balance of convenience is overwhelmingly in favour of the defendants, who simply have nowhere to move to."

There are insufficient shelter spaces to accommodate them all. In some cases, they aren't the best option for individuals with certain psychological problems. If he granted the injunction, the judge said, the homeless would simply move their camp somewhere else, so they become another community's problem. Or they would go back to the unacceptable circumstances in which they previously found themselves.

The problem of homelessness is one with which governments across the country are struggling. The situation is exacerbated in B.C. because of its climate. The brutal Alberta economy has meant there are even more bereft, unemployed individuals arriving in places such as Victoria or Vancouver absent the means to support themselves. What to do about the poor, huddled masses that call the street home is an almost existential dilemma, even for a society as wealthy as ours.

While there is nothing that says we are born with a right to a dwelling provided by the state, we are at least born with a right to exist, in a lawful manner, without intrusion on another's property. Public spaces would seem to be fair game, at least as a temporary option, for a homeless person to rest his head for the night.

In fact, Victoria bylaws allow this as an option until 7 a.m. in the morning, at which point the camper must be gone. The permanent tent city that began in November was a reaction, in part at least, to the resentment homeless people felt about being rustled from their sleep each morning by police.

This was an application for a temporary eviction notice until the case to have the encampment removed can be heard in full in September. So the homeless campers have not won a full victory by any means. What it does is buy the government some time to find a more permanent solution. The court has said it needs to do more before it can justify ripping down these people's homes, as flimsy as they may be.

It was a small but important victory for some of the most vulnerable members of our society. We have to try harder to help them. 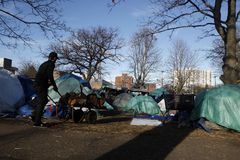 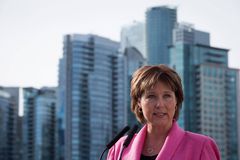 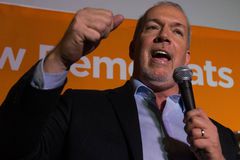