When you read the letter that Gillian Bennett left us, you are struck by its abundant clarity of thought and its total lack of self-pity. It is a suicide note that should be read by everyone, especially those who remain uncomfortable talking about a person's right to die with dignity.

On Monday afternoon, Ms. Bennett dragged a mattress out to a favourite spot near her hilltop home on B.C.'s Bowen Island. She downed a lethal dose of barbiturates and chased it with a shot of whisky. Jonathan, her husband of 57 years, helped her lie down. Unhappy with the stool he was sitting on, he left briefly to find one more comfortable. He returned two minutes later to find his wife in a peaceful repose. She was gone.

She was gone but not before leaving us a clear-minded explanation as to why she decided to take her own life. It can be read in its entirety at deadatnoon.com. Ms. Bennett's mind was being ravaged by the effects of dementia – a "stealthy, stubborn and oh-so reliable disease," she wrote in a note composed over the past couple of years.

"Ever so gradually at first," she continued, "much faster now, I am turning into a vegetable."

Ms. Bennett, 85, a brilliant psychotherapist, was aware that there would soon come a time when she was no longer competent to guide her own affairs and she wanted out before that day arrived. She was already forgetting the most basic of things: where she kept the coffee; where the backspace tab on her computer was; the name of the book she was reading. She did not relish the prospect of being committed to a medical institution when her husband was no longer able to care for her.

"Understand that I am giving up nothing that I want by committing suicide," she said in her farewell note. "All I lose is an indefinite number of years of being a vegetable in a hospital setting, eating up the country's money but having not the faintest idea of who I am.

"Each of us is born uniquely and dies uniquely. I think of dying as a final adventure with a predictably abrupt end. I know when it's time to leave and I do not find it scary."

Ms. Bennett's note is written with the kind of clear-eyed pragmatism that can only be admired. Keeping her "mindless body" alive would cost Canadian taxpayers up to $75,000 a year, she estimated. And for what good reason? Nurses would find themselves perpetually changing her diapers and "reporting on the physical changes of an empty husk." It was ludicrous, wasteful and unfair, she thought.

She also didn't want to become a burden to her husband and two adult children, who would not be able to communicate with her in any meaningful way.

Jonathan Bennett was feeling "miserable" when I spoke to him this week. Not because of the decision his wife made – he supported it – only because he missed her. "It's been a long time since I had any practice living without Gillian."

He said it was his wife's hope that her death would provoke more debate on a subject that urgently needs discussing. She imagined a day, he said, when everyone made out a living will that articulated how they wanted to die. And she hoped that the medical profession would eventually mandate the administration of a lethal dose to end the suffering of a terminally ill patient in accordance with the instructions made clear in that will.

It is not for me to say whether Gillian Bennett did the right thing. She believed that it was ultimately her right to decide the terms under which she left this good earth and it is impossible to argue with that.

The manifesto she left us should not be wasted. Rather, we should honour her life by using her thoughts and words to help further educate us on a critically important matter.

"Today, now, I go cheerfully and so thankfully into that good night," Ms. Bennett said in her final words. "Jonathan, the courageous, the faithful, the true and the gentle, surrounds me with company. I need no more."

Kim’s Choice: Inside one woman’s decision to starve herself to death
July 15, 2020
The collision course that may lead to change on assisted suicide
June 8, 2014 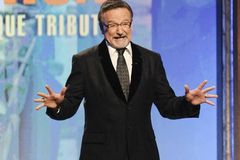