Maude Barlow is the national chairperson of the Council of Canadians and author of Boiling Point: Government Neglect, Corporate Abuse and Canada's Water Crisis.

This week, three Yukon First Nations and two conservation groups are at the Supreme Court of Canada, fighting to protect one of the planet's most pristine watersheds – the Peel River Watershed. The case will have significant ramifications for First Nations rights and consultations.

The Peel is not yet a household name, but it is an ecological treasure.

I travelled to the Yukon a few years ago. The territory is known for gold, but it is rich in water, from clear lakes to the blue-green rush of the Yukon River. Walking along the river's edge in Whitehorse, I felt the depth of history in a place where people have been living for thousands of years.

Canadians consider ourselves rich in freshwater, but any country can experience drought if water isn't protected. Our water is increasingly threatened by industries and governments clinging to the myth of abundance. This myth tells us that we'll never run out of water and, if we do, technology will save the day. Meanwhile, thirsty industries use our increasingly scarce water to pump up their profits.

The Harper government gutted freshwater protection laws such as the Navigable Waters Protection Act, the Canadian Environmental Assessment Act and the Fisheries Act. These acts are now undergoing reviews, but the Trudeau government is still approving projects under the weakened legislation.

If we don't protect the places where water is still pure, we will lose them.

The Peel is one such water source. Six rivers drain the Yukon's northern mountain ranges to join the Peel River, which flows north to the Arctic Ocean. The 68,000-square-kilometre watershed is unspoiled by industry. Its forests, tundra and wetlands are home to healthy populations of caribou, moose, bears and wolves and provide refuge for migratory birds, waterfowl and falcons. Fish are plentiful – the Gwich'in people of Fort McPherson still rely on fish dried in traditional shacks along the banks of the Peel River.

The Peel Watershed is not only rich in freshwater, plant and animal life, but also in oil, gas and mineral resources, which industries want to extract. The legal effort to protect the watershed from this threat has brought together the First Nations of Na Cho Nyak Dan, Tr'ondek Hwech'in, and Vuntut Gwitchin, alongside CPAWS Yukon and the Yukon Conservation Society. Their fight is not just about protecting the land and water. It is about democracy and the future of Indigenous rights in our country.

The case hinges on the Final Agreements, modern treaties between Yukon First Nations, Yukon and Canada. In these agreements, First Nations ceded title to their traditional territories in exchange for rights to a small portion of the land and a meaningful say in planning for the remainder.

During land-use planning for the Peel Watershed, First Nations and conservation groups asked for 100-per-cent protection from industrial development. After a seven-year planning process, the independent planning commission recommended that 80 per cent of the watershed be protected, leaving 20 per cent open to development. First Nations and conservation groups agreed to the compromise.

Then came the betrayal: At the last moment, the Yukon government decided to open up 71 per cent of the watershed to industrial development. Outcry was instant from First Nations, regional stakeholders, environmental groups and the public. The legal case was launched.

Courts ruled that the Yukon government had acted dishonourably, but the most recent judgment allows the government another chance to open the Peel up to development. Thanks to public campaigning, the newly elected Yukon government has committed to implementing the commission's original plan for 80-per-cent protection. But a dangerous legal precedent has been set, and an important trust has been violated.

The Supreme Court judgment will clarify what happens when governments breach their obligations under modern treaties. It will also inform future land-use planning in the Yukon. If we want First Nations rights to be respected in Canada and if we care about our irreplaceable wild lands and waters, this judgment matters.

The hearing will happen Wednesday, on World Water Day. A favourable judgment would be a victory for the people who have been standing up to protect the Peel Watershed and all water in Canada. 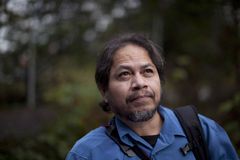 Transit officer who shot man in B.C. grocery store says he lunged at her partner
March 21, 2017 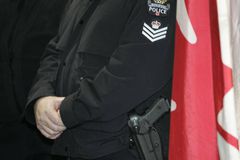