For 27 years in my graduate energy seminar, I've struggled to convince bright master's and PhD students that oil prices might actually result from competition rather than a price-fixing conspiracy of oil companies and the Organization of Petroleum Exporting Countries cartel. But this year, my task was easier.

We start by reviewing several commodity prices – potash, lumber, copper, oil – which shows that the oil market is not atypical. We see that all oil producers receive the same price, which is usually at or above the production costs of the most expensive suppliers, such as Alberta's oil sands and North Dakota's shale oil. Low-cost producers, like Saudi Arabia, get more profit from each barrel.

Then I ask them what should happen if the oil price were competitive under various scenarios – a war in Libya or Iraq, rapid economic growth in China or India, a technological advance that lowers the cost of producing shale oil, a tightening of vehicle efficiency regulations in the United States, a global economic recession. We check their predictions against actual history, and some begin to doubt.

I next ask them to guess the number of oil producers worldwide. Like most people, they dramatically underestimate the number of state and private oil companies, and especially overlook the hundreds of smaller operators. Collusion starts to look complicated.

I ask why, in a competitive market, oil's price might be above the cost of the highest-cost producer. The students then brainstorm on the reasons people might bid up the price – expectations of future shortages of a non-renewable resource, suspicions that oil producers are overestimating their reserves, fears about conflicts affecting oil exporters. They admit the plausibility of a "seller's market" where even a competitively determined price stays above the production cost of Alberta's oil sands.

Then I describe the 1986 oil crash, with prices staying low for the next 16 years. They acknowledge that it was a huge loss for oil companies and wonder why, if the companies had the power to raise prices. They also see that a "buyer's market" can endure. Once production capacity is built, companies will keep producing, even if they have to accept low prices that barely cover operating costs.

Companies will also frantically cut costs and innovate when prices are low. For example, before 1986, analysts agreed that new North Sea investments needed a $30 oil price. But within two years, new investments were taking place with the price below $20.

Indeed, the 1986 experience provides insight for today. Over the previous five years, OPEC producers rapidly lost market share as demand fell and supplies increased from Alaska, the North Sea, Mexico and Russia. OPEC had no alternative but to let the price fall. Had it kept cutting production in an effort to maintain the price, the cartel would have lost even more money, as non-OPEC investors drove its market down even further. If you are the low-cost producer in a buyer's market, your options are limited. But your survival chances are better.

This lack of options for OPEC has rarely been mentioned in the news media over the past few weeks. Instead, we hear about a game of chicken between OPEC, Russia and the United States, a fight to see who will blink first. OPEC is not playing chicken. Its members are doing what any low-cost producer would have to do in a buyer's market: cutting price to slow the decline of market share, and worrying about the next innovation that springs more oil from the Earth's crust.

Once students reach this stage, they're ready for the big questions. First, I ask them to predict the average price of oil for the next 20 years. Thinking about all of our scenarios, they realize the difficulty. Predictably, they fall back on what energy experts do; they forget about collusion and focus on how depletion might cause prices to rise, while innovation might cause them to fall. Future cost of production is seen as the key to determining future prices.

Then, I ask them to predict the oil price if humanity acts to keep the average global temperature from rising more than 2 degrees Celsius. Now they understand why experts say this will cause a falling demand for oil, and with it a falling price. How low might it fall? Maybe we'll get a sense of that in the days and weeks to come.

Finally, I treat my students to my own prediction. I predict that even if oil prices are extremely low next September, my new students will still believe they're rigged. 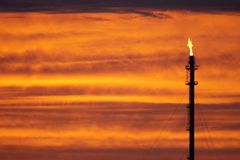