Abraham Rabinovich is the author of The Yom Kippur War.

The buildup of Russian warplanes in Syria has raised concerns about a possible clash with Israeli aircraft, which periodically fly over that country. If an Israeli-Russian air confrontation were to occur, it wouldn't be for the first time.

In 1970, during the so-called War of Attrition between Israel and Egypt, Cairo appealed to Moscow to halt Israeli air attacks on its hinterland. The Israeli Air Force (IAF) had begun attacking infrastructure deep in Egypt in an attempt to force Cairo to halt shelling of Israeli troops along the Suez Canal. Responding to their client state's request, the Soviets deployed scores of its warplanes and pilots at three Egyptian airfields.

Preferring not to tangle with a superpower, Israel initially halted its deep raids. But when Soviet planes began flying into the front-line Suez Canal zone, Israel decided to engage them directly.

The IAF command chose to lure the Soviets into combat in an aerial ambush. Israel's best pilots were chosen for the mission. With years of combat against Arab air forces under their belts, the IAF pilots were among the most experienced in the world; between them, the 14 pilots chosen for the mission had 59 "kills." Nevertheless, going up against the pilots of a superpower was a challenge they did not take lightly.

On July 30, 1970, the IAF dispersed some of the planes around the sky in small formations that, on enemy radar screens, appeared to be on routine reconnaissance or ground attack missions. Some were deep in Sinai, out of radar range. The bait was an attack on an Egyptian radar station by two Phantom jets.

Within a few minutes, Russian-speaking Israeli intelligence staff, monitoring the Soviet bases, reported planes going up, 24 in all. The MiG-21s carried Egyptian Air Force markings, but the language of the pilots and controllers revealed their identity.

At a signal, the Israeli aircraft – Phantoms and Mirages – converged. The Israeli pilots had dubbed the canal zone "Texas" because of the frequent encounters there with Egyptian warplanes and deadly SAMs (surface-to-air missiles). But it had never been as Wild West as this day, with 36 warplanes rushing toward one another.

The Israeli radio monitors, who had come to know the Soviet pilots by their voices and appreciated their sense of humour, reported the pilots' tone to be even as they realized they were entering into combat, probably for the first time. Within seconds, the tone changed to bafflement and then panic as the Israeli planes split up and plunged into the Russian formations. The sky was full of aircraft swivelling in dogfights.

"They could manoeuvre very nicely, but they couldn't do the 'final' that you need in combat. We saw immediately that they were inexperienced," one of the Israeli pilots, Avihu Bin-Nun (who would go on to become a commander of the IAF) recalled years later.

Within three minutes, five Russian planes were shot down; only one pilot succeeded in parachuting to safety. By then, the Russian ground controller was shouting and directing the pilots, who he began calling by their first names, to land at any airfield they could see. (One Israeli plane was hit but made it back to base.)

The commander of the Soviet air force arrived in Egypt the next day. According to subsequent media accounts, he told the pilots that if they talked about what happened to anyone, including family, their next flight would be to Siberia.

Choosing not to twist the bear's tail, Israel announced it had shot down a number of Egyptian planes. The truth would eventually emerge. Egyptian airmen, frequently derided by their Soviet trainers as poor pilots, could not resist revelling in the Soviet embarrassment.

Hosni Mubarak, who held command positions in the Egyptian air force, discussed the incident years later with then-Israeli defence minister Ezer Weizman, himself a former IAF commander. On the day of the battle, said Mr. Mubarak, who had since become Egypt's president, he saw the encounter unfold on radar screens. "We knew you were laying an ambush," he told Mr. Weizman. "But we were angry at the Russians for telling us all the time that we didn't know how to fly."

A month after the clash, a ceasefire was declared. Fighting would not resume along the Suez Canal until three years later with the onset of the Yom Kippur War. By then, Soviet-made SAMs controlled the skies over the battlefield, not the Israeli Air Force.

There have been hints that the Russians now in Syria might try to limit the IAF's freedom of movement over that country. Israeli Defence Minister Moshe Yaalon has made a point of saying that Israel will continue to pursue its national interests in Syria, regardless.

Given the explosiveness of the region, Russians and Israelis would be wise to avoid playing out Top Gun 2. 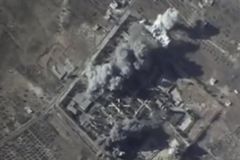 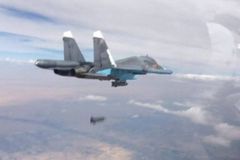