Elinor Sloan is a fellow of the Canadian Global Affairs Institute and professor of international relations at Carleton University.

The U.S. decision to send tanks and armoured vehicles to Europe is the latest in a number of important moves the North Atlantic Treaty Organization is making to respond to Russian aggression. But it is difficult to see where all the activity will lead, except perhaps to unwanted military escalation. What is the overall strategy? What is the link between NATO's military forces and the West's political purpose, which is to end the civil war and humanitarian crisis in eastern Ukraine?

To find a peaceful end to the original Cold War, NATO's 1967 Harmel Report set out a two-track strategy: a robust military defence of alliance territory coupled with diplomatic efforts to resolve underlying political issues. The West should adopt a similar strategy today.

NATO is setting up a spearhead force of 5,000 troops to get to trouble spots within days. It is also increasing the capacity of its response force, drawn mainly from forces based in home countries, to 40,000 troops from 30,000. These are the right steps for a robust military defence against possible Russian aggression in Europe, given that Russia could strike without notice as it did in Georgia in 2008. The larger land forces of yesterday may also be necessary. Not only is the United States sending military equipment, but some Central and Eastern European countries are considering reinstituting conscription, and Germany is dusting off about 100 leopard tanks.

Canada should take part in the spearhead force with war-fighting contributions – advanced command and control, surveillance and precision strike capabilities – rather than a large land force commitment. Special forces, strategic airlift or a frigate would also be valuable. At least part of our contribution should be a permanent one. During the Cold War, Canada had 10,000 troops in Europe, reduced over time to about 1,300. Despite the modest commitment, when our forces headed home in 1993 it was big political news among our allies because of the show of solidarity a permanent force represents. It is time to go back to Europe with a small, permanently stationed force.

The second part of a two-track strategy is to use diplomacy to resolve political issues. Addressing the humanitarian crisis in Ukraine requires quelling the separatist movement, and this cannot be done without Russian support. We know from years of statements by Russian leaders that a primary reason for Russian activity is NATO's enlargement. Russia faces the prospect of a large country on its border becoming a member of a once-enemy alliance – something the United States would not accept in its own hemisphere. NATO is non-threatening, but Russia does not see it that way.

In 2008, NATO stated that Ukraine and Georgia would become members of the alliance, which was reiterated at later summits. At last year's gathering, NATO made no such statement, a step in the right direction to ease the crisis. But to resolve the underlying political issues, NATO should go further. It should negotiate an agreement with Russia under which Russia verifiably withdraws support for the rebels in exchange for a NATO statement that Ukraine will not become a NATO member. In this scenario, Russia and NATO would work together over the long term, perhaps with the assistance of a United Nations mission, to ensure Ukraine remains neutral and stable.

NATO's response to Russian aggression necessarily requires a robust military defence. But without an overall strategy, there is real potential for escalation. For any peaceful resolution, the buildup must be coupled with a hard look at what is driving the crisis in the first place. 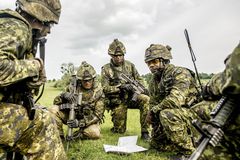 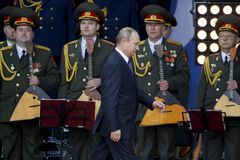