Vancouver's notorious Downtown Eastside is perhaps the most drug-ridden neighbourhood in North America. Misha Kleider is a young Vancouverite with curiosity. He decided to spend a month on the streets and make a film about it.

The result is a compelling documentary called Streets of Plenty, now available in seven parts on YouTube. The scenes of addled, self-destructive addicts are depressingly familiar. The scenes of social agencies eager to supply a homeless person's every need suggest that more social workers are not the answer to Vancouver's homeless problem. The most fascinating scene unfolds at Insite, the controversial supervised-injection facility that has become a flashpoint in the ideological drug wars.

Midway through his experiment, Mr. Kleider "realized that if I wanted to understand the street, I had to do drugs myself." He tries crack cocaine. Then someone gives him heroin. He has no idea how to use it, so he decides to go to Insite. "Are you fucking stupid?" yells his brother (who's also one of the directors).

The rationale for Insite is harm reduction. Addicts inject their drugs with the help of non-judgmental, government-funded staff. They won't die from an overdose. They're reportedly less likely to contract or transmit HIV and other communicable diseases. Because users know and trust the staff, diversion to treatment programs is more successful.

Insite's operations have been filmed many times, but never by hidden camera. The staff, as advertised, are friendly and welcoming. "We can do everything for you but inject," says an enthusiastic worker, who shows Mr. Kleider to a booth. A sympathetic nurse in street clothes comes over and perches casually on the table. It's obvious Mr. Kleider has no idea what to do. When the nurse asks him why he's using, he mumbles: "Experimentation, I suppose." She doesn't ask if he's injected drugs before. She simply mixes up the stuff, ties off his unmarked arm and shows him how to find a good vein.

"Now I'm starting to get scared," Mr. Kleider says in voiceover. "I was hoping she'd break the needle or the cops would come in and shut them down. But she just gave me the needle."

Mr. Kleider did not set out to do an exposé of Insite. In fact, he's a strong supporter. But many people who've seen the video interpret that scene as a scathing critique. Why didn't the nurse try to talk him out of it when it was clear he was no addict? What happened to the idea of diversion? To them, it doesn't look like harm reduction. It looks like enabling.

Mr. Kleider worries the scene may be misleading. After all, nearly all of Insite's clients are hard-core addicts, not novices. But critics of Insite - some of whom work in the field of addictions themselves - believe the questions raised are valid. They say the facility has erased the line between harm reduction and enabling, and they criticize B.C.'s health policy for favouring harm reduction at the expense of treatment.

Mark Townsend, who works with the Portland Hotel Society, the agency that operates Insite in partnership with the B.C. government, denies the scene raises any issues of concern, and attacks Mr. Kleider for his deceptiveness. "You've got someone who is lying," he says. "It's irresponsible. … Addiction is a complicated issue and they're seeing an actor pretending and they haven't studied the peer-review stuff."

The battle over Insite won't end any time soon. Its advocates want to open supervised-injection sites in other provinces. The Harper government wants to stop them. Although B.C. courts have twice ruled in Insite's favour, the feds are asking the Supreme Court for the jurisdiction to shut it down. As for Misha Kleider, his life on the streets came to an abrupt end. The heroin made him so sick he couldn't take it any more. So he went home.

Opinion
Is addiction really a disease?
May 3, 2018 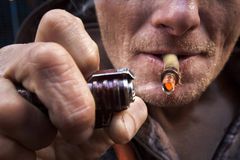 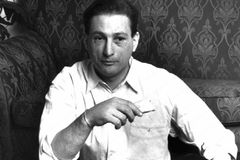 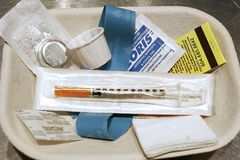