The Fort McMurray wildfire catastrophe is a singular tragedy in Canada, but its community-destroying plumes of smoke and flame are not the only sign that this year's unusually strong El Nino Pacific current, and the resulting hot, dry weather, is spreading danger around the world. Nor are the equally serious wildfires currently sweeping across Siberia and eastern Russia.

As well as provoking natural disasters, the year-long global warm spell is proving to be a stress test on the world's rural regions. Many are not passing the test. By giving much of the world a warmer-than-usual year, El Nino is showing us how ill-prepared parts of the world are for future warmer temperatures – and how tightly linked climate, food, poverty and economic development are.

Across eastern and southern Africa, where harvest season has just begun, the Pacific current is having devastating effects. An extraordinary drought in South Africa has all but wiped out the country's corn crop. Ethiopia's grain production has fallen by 75 per cent, leading the Agency for International Development to warn that 10 million people there "may be in food crisis" later this year; Malawi has already declared a food emergency; Zimbabwe will be spending $200-million on grain imports to cover lost harvests. In many of these countries, grain prices have more than doubled.

In India, where several states are hit with drought, the government has implemented emergency measures to sustain food supplies.

Thailand, Vietnam and India, together responsible for 60 per cent of the world's rice supply, expect to see their inventories fall by a third – the biggest drop since 2003.

China has just announced a 9.9 million tonne gap between the grain it produces and consumes. Indonesia is struggling to recover from simultaneous droughts and wildfires, both symptoms of El Nino. And North Koreans have now been warned by the UN's Food and Agriculture Organization that their already-low rice yields have fallen by 26 per cent.

An El Nino drought is not itself climate change (though this one is occurring in the midst of the warmest decade in recorded history). But it shows us what a warming climate will do to our livelihoods and economies, and where the most vulnerable people will be.

The most recent time this happened, in 2008, the result was food riots and starvation crises that fed political instability across the developing world. The sudden sharp rise in grain prices (after food prices had plummeted for decades) had one benefit: It caused billions to be invested in suddenly profitable agriculture, and millions of hectares of land to be made productive, thus ending the crisis.

But it's all too apparent this year that it was not enough. And what the year-long drought is showing us is that global warming is a predominantly rural crisis, and that the hardest-hit areas are those where rural life is poor, under-invested, non-commercial and lacking connections to the wider economy.

That conclusion is documented in detail in a new large-scale study of the world's vulnerable rural areas by the Organization for Economic Co-operation and Development (OECD). Its findings show that the countries most vulnerable to a warming climate are also the countries that are most rural, most impoverished, most dependent on resources for income, least well-governed and possessing the highest fertility and population-growth rates.

And these characteristics, as the OECD makes abundantly clear, are all linked, as are their potential solutions. Climate vulnerability can be reduced sharply by increasing agricultural productivity (including the introduction of hardier, newly designed crops); by introducing better birth-control practices; by building tighter links to big cities to facilitate investment and migration; by building up non-agricultural industries in rural areas; by encouraging people to shift from subsistence to commercial farming and to consolidate into larger, less vulnerable holdings; by increasing education in rural areas.

We have tended to look at climate, food production, population, poverty, economic development and governance as competing claims on our attention and our foreign-aid dollars.

It takes a rush of warm air from the Pacific to make us realize that they are one thing. That places that are suffering from food shortages this year, it turns out, are exactly where we should be building up the world's climate resilience. 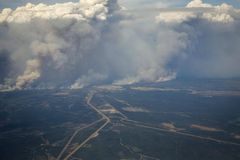 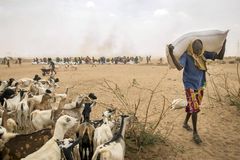 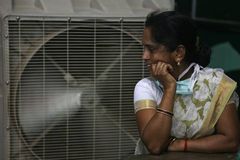