Erna Paris is the author of The Sun Climbs Slow: The International Criminal Court and the Struggle for Justice. Her latest book is From Tolerance to Tyranny: A Cautionary Tale From Fifteenth-Century Spain.

On the volatile chess board of Israeli-Palestinian hostilities, Palestinian Authority president Mahmoud Abbas may yet capture the king. By successfully initiating Palestine's ratification of the Rome Statute, the legal document that underlies the International Criminal Court, he has reframed the "war," leaving his antagonists – Israel and the United States – stalemated.

According to UN Secretary-General Ban Ki-moon, Palestine will assume membership in the ICC on April 1, 2015. The Palestinians have promised that their first referral to the court will be twofold: the putative war crimes committed by Israel during last summer's Gaza war and Israel's continuing occupation of the West Bank.

Israeli officials called Mr. Abbas's move a "nuclear option." Then Israeli Prime Minister Benjamin Netanyahu froze $127-million in tax revenue that Israel collects on behalf of the Authority. Promising that no Israeli soldier would ever be dragged to The Hague (he neglected to mention Israeli politicians), he nonetheless suggested that Palestinian Authority leaders be charged under international law as criminal accomplices of Hamas.

The U.S. State Department said the Palestinian effort was "entirely counterproductive" and would damage the peace process. Angry members of Congress threatened to block the $400-million in aid that the U.S. sends to the Authority on an annual basis. Canada, a founder of the ICC, labelled the Palestinian action "dangerous."

Is international law a worse option than killing? Can an attempt to challenge impunity damage a moribund peace process? Last April, after nine months of globe-hopping by U.S. Secretary of State John Kerry, the most recent effort to find a solution ended, once again, in failure, with both sides locked into immutable positions. Israel refused to stop building settlements, the bottom-line demand of the Palestinians. More worrying for the region, the Obama administration mused that the United States might wish to take a holiday from its long fruitless role as peace broker.

Mr. Abbas, with reason, changed the game after the Security Council again refused to adopt a resolution leading to full statehood. How much longer must Palestinians wait for elusive negotiated justice? Tensions are as high today as during the second intifada of 2000-2005. Generations of Israelis and Palestinians have been radicalized by the conflict. Palestinians kill Israelis. Israelis kill Palestinians. Last week, settlers in the West Bank threw rocks at U.S. consular officials who were investigating claims that they had uprooted Palestinian olive trees.

Bringing criminal accusations against Israelis at the ICC will expose the Palestinians to similar charges of war crimes, which is as it should be. But beyond Mr. Abbas's shrewd chess move, which has already redirected the conversation, there are no guarantees of further progress. The chief prosecutor will need to decide if the evidence proffered meets the standards demanded by the Rome Statute before she undertakes even a preliminary investigation. There may also be politics to consider (although no one will admit to this). When the ICC was inaugurated a decade ago, the United States was ferociously opposed. It has mellowed under President Barack Obama, but irate lawmakers could contrive to thwart the court should Israel appear in its sights.

Whether or not a trial in The Hague ever materializes, Palestine stands to win this round of geopolitical chess. People of goodwill want security for Israel and an end to Palestinian suffering, but the world is growing tired of the conflict, tired of intransigence, tired of attacks on civilians, tired of impunity, and tired of the set rhetoric.

Rather than punishing Palestine for daring to invoke international law to resolve its problems peacefully, Israel should also join the ICC. 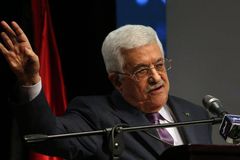 Opinion
A dangerous moment for justice at the International Criminal Court
December 11, 2014