He came to power promising reforms, but his agenda fell far short of achieving lasting institutional gains on basic rights for Saudi citizens. King Salman should move the country forward by ending intolerance for free expression, rooting out gender and sectarian discrimination, and fostering a fair and impartial judicial system.

Early in his reign, Abdullah promoted modernization of Saudi Arabia's state apparatus, making it more efficient and transparent; encouraged a modest public re-evaluation of the enforced subservient status of women and religious minorities; allowed greater debate in the media; and promoted some degree of judicial fairness. After 2011, the authorities subordinated the king's reform agenda to a campaign to silence peaceful dissidents and activists who called for religious tolerance and greater respect for human rights.

King Salman should take steps to prohibit discrimination against women and religious minorities and institute protections for free speech. A significant first step would be to repeal vague legislation used to prosecute Saudis for peaceful speech and create a written penal code that includes comprehensive human rights protections. He should also order the immediate release of Saudi citizens jailed solely for calling for political reform.

The most concrete gains for women under King Abdullah included opening up new employment sectors for women. In February, 2013, King Abdullah appointed 30 women to the Shura Council, a consultative body that produces recommendations for the cabinet.

Systematic discrimination against women persists, however. Authorities have not ended the discriminatory male guardianship system. Under this system, ministerial policies and practices forbid women from obtaining a passport, marrying, travelling, or accessing higher education without the approval of a male guardian, usually a husband, father, brother, or son. Employers can still require male guardians to approve the hiring of adult female relatives and some hospitals require male guardian approval for certain medical procedures for women. Women remain forbidden from driving in Saudi Arabia, and authorities have arrested women who dared challenge the driving ban. It is not enough for women to sit on the Shura Council if they can't even drive themselves to work.

The government continues to control the appointment of newspaper editors and punishes Saudis who criticize members of the royal family, government policies, or senior clerics. Under King Abdullah, Saudi authorities prosecuted human rights, civil society, and pro-reform activists for nothing more than exercising their right to freedom of expression. After 2011, Saudi courts began imposing prison sentences of more than 10 years for speech-related crimes.

The government began to overhaul the justice system in 2007, but the lack of a penal code allows judges wide discretion in certain cases to decide what behavior constitutes criminal offenses. Judges continue to jail and sentence people for "sorcery" and "sowing discord."

There have been no institutional gains in religious tolerance. In 2003, Abdullah began a national dialogue series to bring Saudis together to discuss sensitive issues, including religious extremism and tolerance. In 2008, the Muslim World League, with the king's encouragement, began an interfaith dialogue initiative in Mecca and took it to Spain, the UN, and Switzerland. Neither of these efforts led to any improvement in the rights of religious minorities inside the kingdom, which does not allow public practice of any religion other than Islam.

King Abdullah was a great champion of religious dialogue outside the kingdom, but these initiatives produced few benefits for Saudi Arabia's Shia minority, who continue to face systematic discrimination and are treated as second-class citizens. 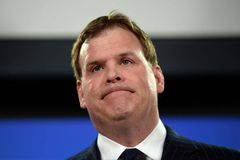 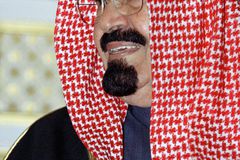