Seventy-two years ago, nearly 2,000 Canadian soldiers fought side by side with the Chinese people and Allied forces to defend Hong Kong from Japanese invasion. More than 500 Canadian soldiers lost their lives in the battle or died later in captivity. Last month, the Canadian consulate in Hong Kong held a commemorative ceremony that was joined by hundreds of people, including survivors of the battle, local residents and official representatives from China. Together, they paid tribute to those who fell and cherished friendship and peace.

That hard-won peace should be treasured by all. However, as 2013 drew to a close, Japanese Prime Minister Shinzo Abe blatantly paid homage at the Yasukuni Shrine, where 14 war criminals from the Second World War are among those honoured. This act, which goes against historical justice, triggered strong condemnation from neighbouring China and South Korea, plus other members of the international community. More and more people fear Mr. Abe is opening a Pandora's box of militarism, leading Japan down a path that gravely undermines regional peace and stability.

This is not alarmism. After the Second World War, Japan accepted the verdict of the International Military Tribunal for the Far East, also known as the Tokyo Trials, and enacted a pacifist constitution that renounces war as a sovereign right. But since taking office a year ago, Mr. Abe has taken a series of calculated moves to deny the war's outcome and challenge the postwar international order in the name of building a "normal country."

These moves include questioning the legitimacy of the Tokyo Trials, claiming that the "definition of aggression" has yet to be established, strengthening Japan's military and loosening self-imposed bans on weapons exports. Mr. Abe has even advocated revising the postwar constitution to allow Japan to regain the right to wage war and officially maintain a standing army.

By choosing to visit the war-linked Yasukuni Shrine on the first anniversary of his inauguration, Mr. Abe displayed the depth of this determination to implement this extremist agenda. He is steering his country in a very dangerous direction – Japan's neighbours and the rest of the international community have every reason to show their concern.

The roots of Mr. Abe's challenge to the postwar international order go deep. Many of his hawkish positions, such as those on aggression and rearmament, are surprisingly similar to those espoused by his maternal grandfather, Nobusuke Kishi, who was held as a Class-A war crimes suspect after the war and later became prime minister.

It's widely known that Mr. Abe sees his grandfather as a political role model. His provocative positions play well to his right-wing base. The fact that Japan's economy picked up pace last year also played a part in the ballooning of Mr. Abe's ambition. In this context, it is not surprising to see Mr. Abe declare last week that "the struggle to restore a strong Japan has just begun."

Unlike Germany, which undertook a deep reflection on its wartime crimes, Japan has failed to take action to heal the deep wounds it inflicted on millions of Asian people. What's worse, it keeps adding salt to those wounds. So how can such a country win the trust of its neighbours and the international community? How can it inspire confidence that it will play a constructive role in promoting regional peace and stability?

The wars of the 20th century testify that peace is never a low-hanging fruit. To prevent history from repeating itself, all peace-loving people must remain vigilant about Mr. Abe's government's attitude toward history and its increasingly frequent actions counter to the trend of peace and development.

China and Canada were both on the winning side of the Second World War, sacrificing tremendously in the fight against fascism. We share a common responsibility to oppose efforts to nullify its outcome.

How Shinzo Abe is quietly bringing Japan’s economy back to life
January 6, 2014 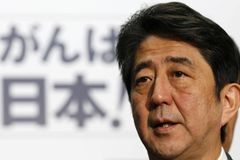 Opinion
Why East Asia can’t escape the sins of the father
December 17, 2013 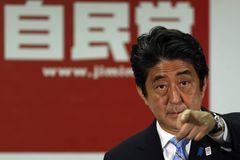