If you had a plugged nickel or several hundred millions of dollars, among the worst places to invest that money would be across the parts of British Columbia affected by last week's Supreme Court ruling.

It was difficult enough before to get the necessary aboriginal agreement to develop Crown land, or what had been thought to be Crown land. Now, those difficulties have grown immensely with the decision in the Tsilhqot'in case.

After the previous (and very vague) Delgamuukw ruling (1997), it was thought that aboriginal title applied in areas where groups had resided, and that their claims diminished in strength the farther they got from those settled areas. There was a kind of sliding scale of rights, from something approximating a veto to the need for consultation. This was how the B.C. Court of Appeal saw matters.

The Supreme Court, however, has ruled that title applies to all the areas nomadic or semi-nomadic aboriginals moved over before white settlement. "A culturally sensitive approach suggests that regular use of territories for hunting, fishing, trapping and foraging is 'sufficient' use to ground aboriginal title," the court said.

Which is another way of saying that aboriginals throughout B.C. (and according to their immediate reaction, of aboriginals across Canada) now have a veto over development in any area over which they establish title. Moreover, they have almost a veto over territory they claim, even if the claim has not been found legally valid.

In B.C., it had been hoped that modern-day treaties would reconcile the interests of aboriginals and the Crown. That process, regrettably, has been a flop. Only a handful of agreements have been reached. Some aboriginal groups refused to enter any treaty negotiations because they do not recognize Canada's sovereignty. Others lack the capacity to negotiate. Others have become discouraged, perhaps feeling that the government has not been committed, or perhaps feeling that by waiting, the Supreme Court and other courts will do much more for them than any government will.

Indeed, if the strategy is to wait on legal rulings, it's proven brilliantly wise. Aboriginals tend to play the long game, and by playing it, they have seen their bargaining power rise and rise again, courtesy of the courts.

This line of reasoning presumes that aboriginals do indeed want to bargain – that is, negotiate agreements that would permit development on what the court has now ruled is "their" land, to be reconciled with the sovereignty of the Crown. This approach does indeed exist. There are aboriginal groups that do want to negotiate and are prepared to see natural resource development, because where else will wage-economy jobs come from?

The trouble is, however, that the hoops placed in front of such development are now so numerous, and the process for getting through them so lengthy and costly, that only the most determined of investors will proceed. This reticence will also apply to projects such as liquefied natural gas, on which the B.C. government has bet some of its economic future and a long-term balanced budget.

Then, of course, there are aboriginal groups that want no development on "their" lands, period. They prefer the traditional ways of living. Natural resource development poses what they consider to be a mortal threat to these ways. The legal strength they now enjoy gives powerful tools to those who are determined to stop all development. To take just one case, those groups that have been opposing the Northern Gateway pipeline will rejoice in the Tsilhqot'in ruling. If Northern Gateway wasn't dead before, it surely is now.

In the world economy, money (either private or state-controlled) seeks places where returns are reasonable and the local requirements for getting permission to proceed are manageable. Many places around the world are searching for these investments, because no one place has a monopoly on resources.

If you were sitting in Beijing, Tokyo, New York or many other places where companies make decisions about where to invest, B.C. just dropped down the list. What foreigners (and Canadians) will see or imagine the hassles to be will cause many to turn away.

Maybe this is how British Columbians (aboriginal and other) want the future to unfold. We shall see. 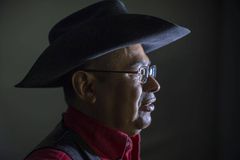