Eds Note: The University of Saskatchewan has rescinded some of the actions it took Wednesday against Robert Buckingham.

Robert Buckingham was a tenured professor and executive director of the University of Saskatchewan's School of Public Health. He was fired on Wednesday, after publicly speaking his mind about the University's decision to collapse the School into the Department of Medicine – part of the academic prioritization process known as TransformUS.

This has, predictably, provoked much public discussion about academic freedom. I'm not sure if Dr. Buckingham's academic freedom protected his right to voice his complaints to the media while holding an administrative position. But I'm pretty sure that the University's response is poisonous to the academic environment.

Academic freedom is a fuzzy concept. At its core, it encompasses two central ideas. First, it entails the freedom of universities from external control and influence – most notably by the state, but also from corporations and private donors. Second, it entails the right of individual professors to engage in their teaching and research free from the inappropriate influence of others, including their employers.

The Buckingham case is vexing because it does not, at least in any straightforward sense, involve either of those things. The decision to fold the School of Public Health into the Department of Medicine clearly has serious implications for how – and how successfully – academic work in public health will be carried out. No one has suggested, though, that the university fired Mr. Buckingham in order to obstruct lines of research and inquiry. Any damage caused to the work of academics would be, at most, an unintended side-effect.

The question is, taking for granted that there is a good faith disagreement between the University and Dr. Buckingham about how programs should be structured, whether he is entitled to break ranks and publicly complain about the process. That isn't obvious. Reasonable people may disagree about how to arrange and structure academic programs so that they can function effectively and efficiently – not just as discrete, stand-alone units, but as a university. In the end, though, someone needs to make a decision. Assuming that the final decision belongs to the central administration, and not to the individual deans, there is some merit to the claim that Dr. Buckingham and others have an obligation to implement it – and not to foment dissent among the rank and file professoriate.

One would want to be extremely cautious before reaching this conclusion. (At the very least, it seems in serious tension with the Canadian Association of University Teachers' understanding of academic freedom.) Being a professional academic means having the responsibility, not just the "freedom," to ensure that academic programs can satisfactorily meet the standards of the field. Much of Dr. Buckingham's complaint, and there are others who share it, is that they were not given an adequate opportunity to express their considered opinions about TransformUS before it was too late. It is all well and good to say that a university needs to have a co-ordinated academic plan. It is quite another thing to refuse to listen to the views of senior professional academics about how their respective fields of study can best be taught and researched.

For now, though, let's give the University the benefit of the doubt on that point. Let's even concede for the sake of argument that Dr. Buckingham's decision to speak to the media was inconsistent with his role as an administrator. That still raises the obvious question: why not just seek his resignation from his administrative role? Why go further, and fire him from his position as a tenured professor?

There are two possible reasons for taking this approach. First, it may be a means of asserting control over deans. The University appears to have interpreted tenure in an unusually narrow way. On this view, an individual cannot simultaneously function as both a senior administrator and a professor. Assuming that tenure exists chiefly to protect the academic freedom of professors whose primary duties are teaching and research, the University has apparently concluded that those occupying senior administrative roles (including deans and associate deans) simply do not have it.

The implications are startling. It would effectively mean that any dean in the University is under the thumb of the central administration. She may complain in private, and may make submissions to the extent permitted. If she is ignored, and tries to take her message to the streets, the consequences are not just a loss of administrative position, but of her job as an academic.

The second reason is obvious. Tenure exists to protect academics' ability to speak out. By firing Dr. Buckingham, the University has sent a powerful message that it is unwilling to tolerate dissent. As a tenured academic with no administrative position, I may be safe. An untenured assistant professor at the University of Saskatchewan, by contrast, might think twice before crossing swords with her employer.

Academic freedom might not have protected Mr. Buckingham's right to complain to the media so long as he was executive director of the School of Public Health. By responding in this aggressive fashion, though, the University has done considerable damage to the academic environment. It should know better. 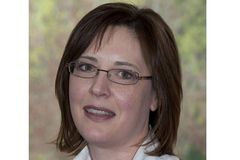