Tug of War is a gripping tale of two Canadian Muslims caught in the vice of extremism. The hour-long film was produced on a crowdfunded budget by Boonaa Mohammed and Mohamed Zeyara, who also star as the main protagonists. The project takes a refreshingly honest look at the complex reasons behind one individual's choice to pursue an extreme path, and another individual's choice to push back from the brink. While fictional, the dramatic narrative is a compilation of real-life trajectories of Muslim youth and parents, according to Mr. Mohammed.

At a film screening in Ottawa recently, he told a rapt audience of the painful experience of one young woman who, having left to join the Islamic State, would call her mother on a regular basis and in the absence of words, simply cry for an hour, longing to return. The end of the film packs an emotional punch, and in the process, dispels the romanticized notion of rebellion cloaked in jihad.

Mr. Mohammed and Mr. Zeyara should be credited for broaching a subject that, frankly, most Muslim institutions are afraid or unwilling to address. Namely, the volatile mix of identity, foreign policy, Islamophobia and jihadi-Salafi ideology that is drawing confused, vulnerable youth into its fold. The filmmakers stress that critical thinking is key to combatting online propaganda and emotional manipulation used by recruiters to ensnare those who feel abandoned by their families, their community and society in general.

Sheema Khan: Our bond was one of faith and friendship - and then tragedy struck

In search of the triggers to Muslim radicalization

Another recent creative venture is a comic book, Radicalishow, developed by youth who have received counselling from the Centre for the Prevention of Radicalization Leading to Violence (CPRLV) in Montreal. Having taken ownership of their misguided choices, they have helped to produce a valuable teaching tool about the factors that lead some down an extreme path, the challenges and vulnerabilities associated with the search for identity, and the devastating impact that ensues. As in Tug of War, this platform should be disseminated widely, for it addresses complex issues by the youth in a thoughtful manner.

The CPRLV deserves much credit for its attempt to approach radicalization in a holistic, comprehensive manner, by engaging as many stakeholders as possible, such as youth, teachers, counsellors and Muslim community leaders. For example, the centre's most recent report, Women and Violent Radicalization, provides a historical context of violent female radicalization across cultures and ideologies.

It also sheds light on the reasons why a number of Quebec women between the ages of 17 and 19 decided to leave for Syria. Many felt that it was difficult to live as a Muslim in a hostile environment that left them feeling stigmatized and/or marginalized. The Western feminist model of emancipation seemed to clash with their desire to stay home and raise a family. In contrast, calls to build and join a utopian state where one can live as a "true" Muslim without harassment, seemed like a panacea for some. The report concludes with the need for more research.

In spite of the laudable efforts by the CPRLV, one key group seems to have been ignored: parents.

Currently, there are scant resources for parents about radicalization. Just as there has been an explosion of parental resources on Internet safety for children, so too should there be development of parental workshops on prevention of radicalization, for parents are often the first to notice subtle changes in their children. What should parents be aware of? How do they speak to their children? What signs should they look for? And what resources are available in case one's child seems to have fallen prey?

At the film screening in Ottawa, the majority of those in attendance were youth. They were eager to address radicalization head on – through dialogue, debate and activism. They have the energy, the passion and the will; what they lack, however, is a seat at the table with federal policy makers to help devise a comprehensive prevention strategy. This omission should be addressed by the new Office of the Community Outreach and Counter-Radicalization Co-ordinator.

Opinion
Islamic State will splinter after Mosul: Will Canada be ready?
January 4, 2017 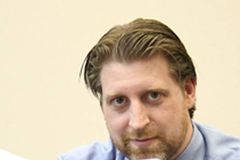 Opinion
Our national security needs a global perspective
October 27, 2016
Follow us on Twitter @globedebate Opens in a new window
Report an error Editorial code of conduct
Due to technical reasons, we have temporarily removed commenting from our articles. We hope to have this fixed soon. Thank you for your patience. If you are looking to give feedback on our new site, please send it along to feedback@globeandmail.com. If you want to write a letter to the editor, please forward to letters@globeandmail.com.
Comments